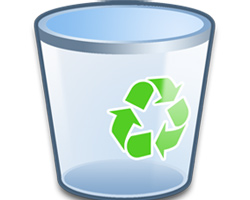 Late last night the White House submitted a curious court filing (PDF) in the ongoing case over the 5 to 10 million emails, spanning 2003 to 2005, that have gone missing from its archives due to a “technical issue.” Faced with a court order (PDF), the White House said that it has backup tapes of its email records—but only after October 2003, when it stopped recycling its backups. This means that there are apparently no backups of messages sent and received during the previous ten months of 2003—an important time period, covering the run up to the Iraq war, as well as the outing of Valerie Plame Wilson’s covert identity. As if this story couldn’t get more convoluted, the White House is also claiming it doesn’t know whether any emails from that period are actually missing.

“They suggest that they don’t even know if they have anomalies, but there’s plenty of public record evidence that they do [know],” says Anne Weismann, chief counsel for the Citizens for Responsibility and Ethics in Washington (CREW), which, along with the National Security Archives (NSA), is suing the administration to ensure the preservation of presidential records. “This is an extremely carefully worded declaration that when you parse it through doesn’t really say a whole lot,” Weismann said.

One thing the declaration does confirm is the existence of backups for the vast majority of emails sent since October 2003. While both CREW and NSA acknowledge that this is good news, their representatives stressed the importance of the months for which backup tapes were recycled. “It’s a pretty important period of time to just by coincidence be missing backup tapes,” Weismann said. Both Weismann and Meredith Fuchs, the NSA’s general counsel, noted that it had taken the plaintiffs months to even learn what the White House had preserved.

“It’s kind of remarkable it took a court order for the White House to say that they have backups from Oct 2003 to now,” Fuchs said.

If the White House is trying to prevent its internal communications from becoming public records, delaying tactics and unclear answers work to its benefit. The more you use a computer after losing a file, the harder it is to recover. According to the original court order, “[E]mails that might now be retrievable from email account folders or ‘slack space’ on individual workstations are increasingly likely to be deleted or overwritten with the passage of time.” Fuchs worries that continued difficulties in obtaining basic information from the White House could imperil the recovery of any emails that were in fact deleted.

“Their desire is to not to tell the public what’s going on, but the longer it’s delayed the more likely it is the records will disappear forever,” Fuchs said.

The administration’s response to the court order is far from the end of this story. It has yet to clarify what if any communications it is missing prior to October 2003, and both NSA and CREW indicated they will probably file responses in the next few days. “We’re hoping to make a filing,” Weismann said. “It would point out what we think are the flaws or the gaping holes in the declaration.”

Going forward, Fuchs said, the court will have to decide whether it should order the White House to do more to preserve media that may contain emails from earlier in 2003. “And how did they discover [the missing emails problem] and stop recycling their backups? Something happened and I want to know what that is.”

One thing that might make CREW and NSA’s slog a bit easier would be increased congressional involvement. In their filings, the plaintiffs refer to a “detailed analysis” of the lost emails and the White House refers to a “chart” of which emails may have gone missing. They may or may not be referring to the same document, but CREW has tried to obtain the “detailed analysis” under the Freedom of Information Act. They have so far been unsuccessful, but the plaintiffs have repeatedly indicated that a Congressional subpoena could really grease the wheels of justice.