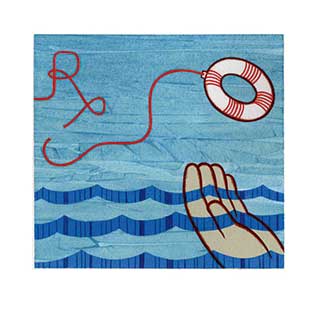 
One winter night in 2000, Danny, who was 21 at the time, went home with a guy he met at a crowded bar in San Francisco. Random hookups weren’t out of the ordinary for Danny, but this one ended badly: As he was buttoning up to go home, his new friend mentioned he was hiv positive. Usually conscientious about safe sex, Danny hadn’t been, and he panicked. “I was in shock,” he says. “I just couldn’t believe it.” He vaguely remembered reading about an emergency treatment that could prevent infection, so when he got home he called the California aids hotline. Memory served. A monthlong regimen known as post-exposure prophylaxis treatment (pep)—usually given to health care workers who have been stuck with needles—was available at local clinics and emergency rooms to people who had recently been exposed to hiv. The side effects of debilitating nausea and fatigue were a small price to pay for its potential benefits: A study of health care workers published in the New England Journal of Medicine linked the rapid administration of the drug to an 81 percent decrease in the risk of contracting the virus.

Danny went to a city clinic, where after a consultation, he was given a prescription for two antiretroviral drugs—the same kind that hiv-positive patients have taken since the ’80s. As preventative medicine, the drugs work with a one-two punch: The first intercepts the virus’ initial attachment to dna, and the second stops infected cells from spreading the virus.

Danny was lucky that California is one of the few states (along with New York, Massachusetts, New Mexico, and Rhode Island) where policies ensure that the general public—not just hospital workers who have been exposed on the job—can access the drugs. Elsewhere, the decision is up to individual hospitals, clinics, and doctors. Surveying all 50 state health departments and more than 50 ERs nationwide, I encountered std clinicians and workers at aids hotlines and Planned Parenthoods who did not know pep could be prescribed to the public. An Alabama health department official told me, “It’s not available.” A nurse at a North Dakota clinic said he all but encouraged patients to fly to San Francisco.

Since the virus must be intercepted before it attaches to cells and reaches the lymph nodes, it is crucial that pep be administered immediately—each passing hour means decreased effectiveness.

“It needs to be treated like a gunshot wound or a stabbing,” says Antonio Urbina, a medical director at St. Vincent Catholic Medical Center’s hiv clinic in New York City. Yet of the largest hospitals in each state, only a quarter offer pep in their emergency rooms. In a 2005-06 cdc survey taken at gay pride parades around the country, less than 20 percent of hiv-negative respondents knew about pep. “When I tell people that I used it, they say they’ve never heard of it,” says Danny. “You see signs about crystal meth or syphilis, but even in the gay publications, you never see ads for pep.”

pep is fda approved, commercially available, and even often covered by insurance (though for the uninsured the drugs run upward of $1,000). In 2005, the cdc recommended that pep be administered to all patients on a case-by-case basis within 72 hours of a high-risk exposure, followed up by testing and counseling. But for reasons that are more political than scientific, there is no federal funding for the treatment. Some public health officials claim that public availability of pep will encourage risky behavior—the same argument used against RU-486, abortions, and condom distribution. Robert Janssen, director of the Division of hiv/aids Prevention at the cdc, explains, “Biomedical interventions raise concerns that people would feel, ‘Oh, I have these pills, they will keep me from getting it.'”

Yet 73 percent of non-hospital-worker pep recipients in a San Francisco study decreased high-risk sex over the following year. And since pep drugs are so toxic, most doctors would be careful about overprescribing. “I’m concerned with two things,” says Urbina. “Is the person that exposed them either hiv positive or at high risk for hiv, and is there potential contact with infectious body fluid? If both are yes, in my equation, you give pep.” Peter Leone, medical director of North Carolina’s hiv department, who hasn’t received the necessary support to institute a public pep program in his state, believes the benefits of pep outweigh the risks. “Nationally, there is a ‘Don’t Ask, Don’t Tell’ policy,” he says. “We’re okay to say it’s a good idea, as long as we don’t know about it and don’t do anything to support it. We don’t deny care to smokers or people who didn’t buckle their seat belts. It says a lot about the political climate around sexuality and homophobia.” For the 40,000 people infected with hiv in the United States each year, the knowledge of a lost opportunity for prevention is devastating. In Britain, an hiv-positive couple has filed suit against the government for withholding lifesaving information.

Two months after he finished his treatment, Danny tested negative for hiv—whether because he hadn’t contracted the virus from the encounter or because the pep worked, he’ll never know. Since a randomized clinical trial is unethical, researchers have to rely on observational and tangential research. “At least if you test positive after pep, you’ll know you did everything you could,” says Danny. He keeps his medication label as a token of how a little bottle may have saved his life.

Find out if HIV morning-after therapy is available in your state.