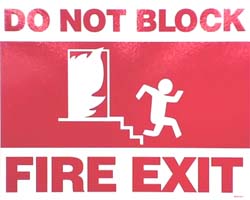 The Unthinkable: Who Survives When Disaster Strikes—and Why
by Amanda Ripley
Crown Publishers. On sale June 10.

Time reporter Amanda Ripley was in New York when two planes crashed into the World Trade Center. Over the next few weeks, she talked to dozens of 9/11 survivors and was entranced by their different responses. Why did one woman coming out of Tower 1 freeze when she saw the bodies of workers who had jumped from above, while the woman next to her walked briskly past them to safety? Why were people terrified of terrorist attacks, when they were more likely to die from accidental falls or car crashes?

Ripley began talking to survivors of floods, earthquakes, school shootings, hostage situations, and tsunamis and soon found that all these people had knowledge they wanted to share. It’s information we need to hear, because instead of telling us how to survive another 9/11, the TSA takes away our tweezers and shoes at security. We don’t have plane-crash drills, or flood drills, and that’s what makes those situations deadly. Luckily, Ripley found that we have the ability to survive almost any disaster—even the worst-case scenario of a terrorist-deployed nuclear bomb. Our bodies take care of a lot of things for us, constricting vessels to reduce blood loss, and boosting muscle-enhancing hormones. Half the battle is just cognitively knowing you can survive. The other half is making it happen. Read more tips from Ripley below on how we can become better survivors, and the surprising truths she heard from them.

Mother Jones: The risk of us dying from terrorist attacks is incredibly low. So why do we put so much money and resources into preventing them instead of a more likely cause of death like heart disease or car crashes?

Amanda Ripley: By sort of combining the research of a lot of smart people, I came up with an equation for dread [dread=uncontrollability+unfamiliarity+imaginability+suffering+scale of destruction+unfairness]. The dread equation is a simplification, but it’s a way to explain why we fear something so much when it is so unlikely. Part of it is the lack of control. That’s why we’re more scared of plane crashes than car crashes even though we know rationally which is more dangerous.

The evil genius of terrorism is that that maximizes unfamiliarity, imaginability, suffering, scale of destruction, unfairness. It’s really important to understand why terrorism is so frightening because it is a psychological war and until you understand it and try to reduce the dread, until then you become like a force multiplier for the terrorists inadvertently because you’ll tend to overreact to terrorist attacks because the dread factor is so high.

In addition, citizens are not prepared for attacks because there is a bias against the public by nearly every expert and government official. In emergency preparedness, there is this belief that public will panic, that the public is not to be trusted, that there will be looting. I can’t tell you how many times I’ve been with very smart, knowledgeable Homeland Security experts who are essentially tasked with saving your life who do not trust you with information. They just don’t. They kind of dismiss the media and the public in one fell swoop. A lot of the time you see a warning, in the subway, or in a movie theater, the main thrust of the warning will be to not panic if there is an emergency. To listen to directions. Now that’s a waste. They could have given you information, but you can see their expectation that you’re going to screw up.

MJ: I found it interesting that in the case of United flight 93, the passengers kept the plane from crashing into a building because they didn’t follow directions. They didn’t stay in their seats, they didn’t do what the terrorists told them. It turned out that the guys who rushed the cockpit were a PR executive who founded his own company, the COO of a company, and a judo champion. Do our lives predisaster determine what we’ll do in a disaster?

AR: They often influence how we’ll behave in ways we don’t expect. Women in particular seem to say things like, “I’m sure I’d be the one screaming and not moving in an emergency.” I don’t think that’s the case. People who’ve been through really horrible life-or-death situations say that nobody behaves the way they would have expected. But that said, there are predictors. The health of your family or your office or your city directly affects the health of it after. The better you are at handling high-stress situations with little information, those skills lead to resilience and the ability to recover afterward.

MJ: Is there any demographic that is likeliest to survive a disaster?

AR: Well, there isn’t any one profile of a survivor, but there are profiles. Depending on the disaster you have certain advantages and disadvantages just based on who you are. Women are more likely to survive hurricanes. In hurricanes the deaths come from floods and people driving through high water. That’s much more likely to be a man who dies that way. Women are far more likely to follow orders to evacuate, especially women with children. At the same time, women were much more likely to die during the South Asian tsunami. In some villages it was 3 to 1. And that was party because of the average strength it takes to hold onto something. Also it was cultural; women were less likely to know how to swim, as were children. So much of this is based on how we develop our own survival skills before something goes wrong: Even if nothing goes wrong, it might be good to know how to swim.

I did find people with military experience seem to do very well in these situations. They’ve been taught that they can control their destiny, which is half the battle. They also have some experience in getting out of bad situations even if just through training. They know they have to make a plan and follow it and execute it.

MJ: Being prepared is a big point in your book, especially for those disasters—floods, earthquakes, hurricanes—that happen in the same areas, sometimes at the same time of year. How can the government help people prepare for these predictable disasters?

AR: It’s really important to enroll regular people in that conversation. Let’s take the worst-case, scariest scenario: nuclear terrorism, a nuclear bomb. We don’t talk about that at all as a country. I think that most people assume that there’s nothing they could do if a nuclear bomb went off in their city. And that’s just not true. Most people would survive most terrorist nuclear attacks because the bombs would likely be much smaller than those we were dealing with in the Cold War. You could reduce people’s fears if you gave them some useful information before things went wrong. It’s really important to create a sense of confidence in the public in their own abilities before a disaster because they’re the only ones who are going to be there. No one’s going to help you for at least 24 to 72 hours. So it would be good to know more about it.

MJ: What were some of the things you found most interesting while talking to survivors for this book?

AR: The one thread that was most surprising and most consistent was the lack of fear that people felt at the worst moment. They felt a lot of fear in early stages, when they’re just realizing what’s happening. But then things really seemed to be at their peak of terror, the fear went away. You can imagine why that’s useful. At that moment your brain needs to focus all its attention on surviving, so people will feel a sense of calm as their brain tries to sort out a plan.

MJ: In one of the situations in the book, a man bypasses survivors on his way out of a plane crash because he knew he couldn’t save them and save himself. At the same time, have you found that most people will, if they can, help others in a disaster?

AR: Yeah, people help way more than we expect, way more than makes sense. But when you talk to people called heroes, they often say they did it for themselves. In one case, a hero said that the cost of not doing it is so great, the sense of shame, when he knew that he was strong enough, that the fear of not doing anything was more frightening than the fear of dying. People will help each other because there is a sense of camaraderie that springs up, which is a survival tactic. You help them because you know you might need their help later. And that is incredibly reassuring.

MJ: So do you feel you’re better equipped to survive a disaster now?

AR: My anxiety about disasters is lower. The more you know, the less scary any of this stuff is. And that’s my hope for the book. I want to get people’s attention and tell them very valuable and ultimately hopeful information, and you find out nothing is as scary as your imagination. Most serious plane crashes are survivable. There’s a sense that, ‘Oh, if we go down, that’s it, it’s out of my hands.’ And that’s just statistically not true. I have more optimism and more faith that my own actions can make a difference.

1. Learn how to text message. Oftentimes, as in Katrina, text messages will go through when cell phone calls won’t.

2. Expect smoke. If you’re in an airplane, know how many rows are between you and the exits. If you’re at home, know your way to the door without the lights on. Most fire deaths are due to smoke.

3. Get to know your neighbors. They may be your key to survival. The stronger your community is, the better equipped you will be to survive a disaster.

4. Practice. Many people who survived the WTC attacks knew where the staircases were because they did lots of fire drills. Children especially should know where to go in case of emergency, and walk that route until they are familiar with it.