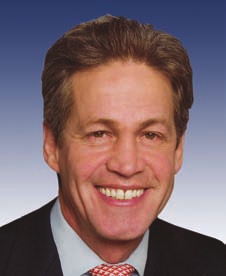 Coleman, who is locked in a reelection battle with comedian and author Al Franken, is running a television ad in Minnesota that fails to meet the requirements of what is known as the “stand by your ad” law. The provision says any political ad aired within two months of election day that mentions the name of an opponent must close with a four-second image of the candidate running the ad, along with his or her name and a statement that he or she approved and paid for the ad.

In 2006, then-Senator Rick Santorum got in hot water in Pennsylvania for violating this provision. Santorum put his image at the beginning of the ad and the written statement of approval and sponsorship at the end. This slip-up threatened to disqualify Santorum from receiving the heavily discounted advertising rate — known as the “lowest unit charge” or “lowest unit rate” — commonly offered to political candidates.

The 30-second ad, which touts Coleman’s credentials and criticizes Franken for having governed “nothing,” closes with an image of Norm Coleman that is only 2 to 3 seconds long. As first reported by mnpublius.com, the Franken campaign’s lawyers have sent a letter to television networks airing the Coleman ad that informs the networks of the violation: “Coleman and his campaign have forfeited their entitlement to the lowest unit charge for the duration of the campaign. Now and until Election Day, your station should charge Coleman and his campaign committee the same rate for broadcast time that it charges non-political advertisers for comparable use.”

The discounted rate reserved for politicians is commonly 30-40 percent lower than what a TV network charges regular advertisers, with the discount getting larger as the election nears. A Democratic media consultant with experience in Minnesota says that Coleman, who reported $5.6 million cash on hand at the last filing deadline but likely saw a boost due to the GOP convention being held in his state, can be expected to spend $4 to $5 million on television advertising for the rest of the campaign. Without the discount, Coleman will have to either dish out around $6 million for the same amount of air time or he will have to run fewer ads than he originally planned.

The consultant said that the image of Coleman, which he estimated was shown for 2.9 seconds, involves “a 1.1 second error that could cost him $1.1 million.”

Enforcement of small provisions of federal elections law is often tricky, because the Federal Elections Commission and Federal Communications Commission frequently move slowly. When they did act in the Santorum situation, they declined to force the TV stations involved to raise prices. Ultimately, says the media consultant, enforcement of the law may come down to the legal staff at the stations themselves.

Even if lawyers at local TV stations are not eager to irritate a sitting senator from their home state, the error promises to cost Coleman time and energy in a campaign in which he can afford little.