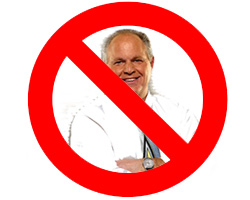 Will the Obama administration force Rush Limbaugh off the air? Some conservative activists are claiming such a tragedy is nearly at hand, and they’ve been trying to whip up a frenzy. Limbaugh and his brethren believe Democrats are plotting a revival of the Fairness Doctrine, a controversial policy once enforced by the Federal Communications Commission to ensure broadcasters presented balanced views in their coverage of controversial subjects. While perhaps well intended, the Truman-era rule ultimately encouraged broadcasters to avoid touchy topics altogether, rather than seek out contrasting viewpoints. Many broadcast journalists saw the rule as a major violation of their free-speech rights. The FCC voted to abolish it in 1987. Democrats attempted to revive the rule, but President George H.W. Bush threatened to veto the legislation (as Ronald Reagan had in 1987), and those efforts failed. Since then, the Fairness Doctrine has largely been relegated to textbooks on media law—that is, until it was resurrected as the latest conservative bugaboo.

For the past year or so, some conservatives have been trying to convince their followers that congressional Democrats are dead set on bringing back the regulation as a way of silencing Limbaugh and other right-wing talking heads by requiring broadcasters to provide equal time to liberal shows. Conservatives assume that broadcasters would balk at any requirement to air liberal (and probably less profitable) content and would instead simply boot Limbaugh and find other ways to fill the time.

It’s true that some Democrats long for a return to the Fairness Doctrine—and they have played a part in fueling the conservative hysteria. In 2005, Rep. Maurice Hinchey (D-N.Y.) introduced legislation to bring back the doctrine. Conservatives dubbed the measure the “Hush Rush” bill. Then last year, Sen. Richard Durbin (D-Ill.) said publicly that he thought the Fairness Doctrine should be revived, and Sen. Dianne Feinstein (D-Calif.), after noting that talk radio was overwhelmingly conservative, suggested that Congress hold hearings on the political imbalance. Such comments prompted the National Review to put a photo of Limbaugh gagged with duct tape on its cover. But Hinchey’s bill went nowhere, Feinstein never held hearings, and the issue died down after President Bush in March threatened to veto any attempt to revive the Fairness Doctrine. But the election of Barack Obama has reignited conservative paranoia on the issue.

Writing on the National Review‘s website last week, Peter Kirsanow declared that “imposition of some form of the Fairness Doctrine likely will be one of the Democrats’ agenda items for the first 100 days of the new administration…Waiting until Inauguration Day to get geared up is too late. By that time the Fairness Doctrine Express will be at full steam, wavering Democrats will be pressed to support the new Democratic president, weak-kneed Republicans will want to display comity, the mainstream media will not be saddened to see talk radio annihilated and much of the public will be too enraptured by Obama’s Camelot inauguration to notice or care.” The Center for Individual Freedom has been circulating a fund-raising alert headlined “Hannity and Limbaugh to be kicked off the air.” And on Monday, the conservative website WorldNetDaily posted a story calling the presumed head of Obama’s FCC transition team, former FCC commissioner Henry Rivera, “talk radio’s executioner.” (The story offers no evidence that Rivera supports a return to the Fairness Doctrine.)

Conservative talk-radio hosts love to position themselves as the victims of liberal media conspiracies, and the Fairness Doctrine gambit certainly fits the bill. But there is little substance behind the overheated rhetoric. Most Democrats have little interest in a big legislative fight over government regulation of the ever-shrinking sphere of broadcast media. And Obama has explicitly said he’s not in favor of reviving the Fairness Doctrine. This summer his campaign issued an unequivocal statement on the subject: “Sen. Obama does not support reimposing the Fairness Doctrine on broadcasters. He considers this debate to be a distraction from the conversation we should be having about opening up the airwaves and modern communications to as many diverse viewpoints as possible. That is why Sen. Obama supports media-ownership caps, network neutrality, public broadcasting, as well as increasing minority ownership of broadcasting and print outlets.”

According to the Center for Individual Freedom, however, those are just “code words”—for what, it doesn’t say. What the conservatives don’t seem to get is that Obama is a new-media guy. The Fairness Doctrine was first created in 1949, at a time when very few people even had a TV. The rationale behind it, which made sense at one time, was that broadcast opportunities were minimal, and that the government had an obligation to ensure that the public was able to express and hear multiple viewpoints in those scarce venues. (A fundamental premise underlying the law was that broadcasters were using a public resource: the public airwaves.)

Today, though, technology has created an explosion of forums that have made broadcast media—the only media to which this arcane regulation would apply—less dominant in the face of cable, FiOS, satellite, and Internet platforms. Even if somehow Democrats succeeded in resurrecting the doctrine, it’s unclear whether the courts would continue to uphold its application. In 1969, the Supreme Court ruled that the FCC had the power to enforce the doctrine, but that ruling specifically referenced the limited public broadcast spectrum. The court recognized the free-speech issues at stake, but expressed its desire to prevent a radio or TV station from monopolizing the public airwaves. The dramatic changes in the information landscape would give the current court many First Amendment grounds to reverse that decision.

Really, though, the conservative drumbeat over the Fairness Doctrine is much ado about nothing. It’s fearmongering—which may be good for fund-raising. Conservatives claiming that the Obama administration will mean the death of right-wing radio seem to forget this fact: Limbaugh and other conservative talkers thrived during the Clinton years.