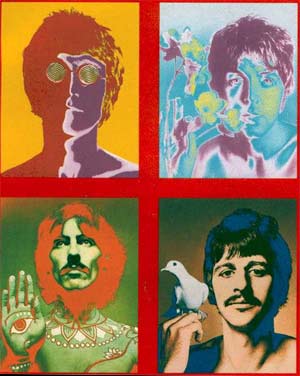 Paul McCartney has confirmed to BBC Radio 4 the existence of a “mythical” 14-minute-long unreleased Beatles track, and says the song will see the light of day. The track, called “Carnival of Light,” commissioned for an electronic music festival, was recorded during the Penny Lane sessions in 1967, and was apparently only played once, at the festival itself. McCartney told Radio 4 that at the time he asked the other Beatles to indulge him:

I said all I want you to do is just wander around all the stuff, bang it, shout, play it, it doesn’t need to make any sense. Hit a drum then wander on to the piano, hit a few notes, just wander around. So that’s what we did and then put a bit of an echo on it. It’s very free.

He said the track was never released because it was too “adventurous,” but that “the time has come for it to get its moment.”

After the jump: Brits find a reason to complain!

Not everyone is happy about the revelation, however, with the UK Guardian bemoaning McCartney’s “insecurity,” saying that the track’s release could tarnish the Beatles’ reputation:

If Carnival of Light sees the light of day, is it going to enhance the Beatles’ standing? That’s the very same Beatles who changed the world and whose influence and reputation remains undimmed. Of course it isn’t. Is it going to make us think slightly less of them? In all probability, yes, and I’m inclined to trust the judgment of Ringo Starr, George Harrison and Yoko Ono, who vetoed its inclusion on Anthology.

Hmm, so you’re saying the mere presence of one 14-minute freakout jam session will keep you from ever hearing “Paperback Writer” the same way again? I’m not sure I agree: the Beatles’ psychedelic experiments are some of their most compelling, groundbreaking work, and I don’t see how one could resist being a musical completist. To bring the scenario into my own era: just because I have the 12″ single for “Touched By the Hand of God” doesn’t mean I appreciate the rest of my New Order collection any less. What do you think, Riff readers: release every musical doodle from the world’s most famous band, or just, er, let it be?