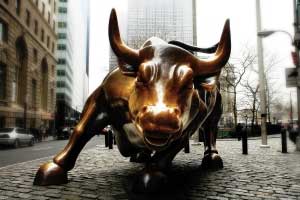 P.T. Barnum may have coined the phrase “There’s a sucker born every minute,” but Wall Street titans have leveraged that principle and banked it in the Caymans. And don’t think that the recent stimulus package provision aimed at reining in CEO compensation is going to stop them.

Recently, President Barack Obama, tapping into a source of public fury, decried the “shameful” excesses of Wall Street and proposed capping the cash component of executive compensation at $500,000 for those running firms set to receive money under the Treasury Department’s Troubled Asset Relief Program (TARP) and other federal bailout initiatives. Treasury Secretary Timothy Geithner also blasted big bonuses when he introduced a light-on-details plan for the next phase of the Wall Street bailout. And Sen. Christopher Dodd (D-Conn.), chair of the Senate banking committee, tucked compensation constraints for the top 5 senior executives and 20 highest paid employees at firms receiving more than $500 million in TARP money into the stimulus package. (Meanwhile, though, he removed Obama’s pay cap idea, opting instead to restrain bonus compensation until TARP funds are repaid.)

But all this is window dressing, for Wall Street will, in all likelihood, still find imaginative ways to hand its execs huge sums of money in the years to come.

Cash typically comprises only a small percentage of an executive’s compensation package. Thus, it’s no hardship for Wall Street execs worth millions to forgo a year or two of bonuses to get the government off their backs. Ask former Treasury Secretary Hank Paulson. In 2005, while serving as the CEO of Goldman Sachs, he received just $600,000 in cash—but $38 million in other forms of compensation, such as $30.1 million in restricted shares and 220,000 stock options. (His car and driver cost almost $154,000 that year, a bargain compared to Tom Daschle’s limo expenses of $182,520.)

Currently, in the media and parts of the government, a twisted line of reasoning persists that warns against attaching too many strings—like compensation caps—to the TARP funds. The argument goes that doing so will reduce the talent pool available to the Street or make institutions too nervous to seek government assistance when they need it.

Whatever action the government takes on executive compensation, Wall Street is anticipating a weak bonus year for 2009, and probably for 2010 as well. First, anyone who can evaluate a decaying asset at all knows that the banking system will deteriorate further in the near term. Second, banks still owe money they borrowed using their inferior assets as collateral.

Yet once all that’s out of the way, bonuses will rebound. They always do. Over the past three decades, there have been four periods of decreased bonuses, which were inevitably followed by increases that made up for the declines. During the savings and loan crisis of the 1980s and early 1990s, 747 banks were shuttered, the Federal Savings and Loan Insurance Corporation went bust, and the Resolution Trust Corporation swooped in to collect bad (mostly real estate) assets. Ultimately, this rescue cost the American public half a trillion dollars. Wall Street bonuses were down 21.3 percent in 1988 from 1987 levels. By 1991, though, bonuses doubled from the previous year. Similarly, in 1994, during the Mexican peso crisis, Wall Street bonuses were cut 15.7 percent, only to bounce back 26.8 percent the following year.

The pattern repeated in 1998 when, during the Russian debt crisis, the Federal Reserve bailed out the hedge fund Long Term Capital Management to the tune of $3.65 billion. Wall Street cut bonuses by 18.8 percent. They jumped 48.5 percent the next year.

In late 2001 and 2002 came the triple play of the Enron and WorldCom scandals, a recession caused by a spate of corporate bankruptcies, and a nervous post-9/11 stock market. Bonuses dropped 33.5 percent and 25 percent, respectively, during those two years. By 2004, they zoomed back to pre-recession levels.

Last year, bonuses shrank by 44 percent, but fell only to 2004 levels—and Wall Street still managed to reward employees with $18.4 billion. This despite a complete Wall Street meltdown, the near-fatal condition of the country’s largest bank (Citigroup), the collapse of two major investment banks (Lehman Brothers and Bear Stearns), and the immensely reckless merger of Merrill Lynch into a terminal Bank of America. In the Merrill Lynch-BoA deal, former Merrill CEO John Thain grabbed a $15 million signing bonus and other perks, and he paid $4 billion in year-end bonuses to Merrill Lynch employees before the merger went through.

Regardless of the strictures that might be placed on Wall Street bonuses in the future, there are multiple ways for corporate leaders to get around cash caps by using restricted shares, offshore companies, and other devices.

To ensure that executive compensation is in line with the public interest, it ought to be taxed or constrained in every possible form. And to stop the Wall Street bleeding from further infecting the entire economy, we ought to make banks disclose all their positions rather than talk about future transparency and “stress testing.” The next step is to divide firms dealing with public deposits and loans from other financial institutions—and only give the traditional banks federal assistance (and make renegotiation of residential home loans mandatory). It would be like reinstituting the Glass-Steagall Act of 1933, which created a wall between banks that collect deposits and make loans and those institutions that engage in other, more speculative financial endeavors. That system worked pretty well until its bipartisan death in 1999. It could work once again.