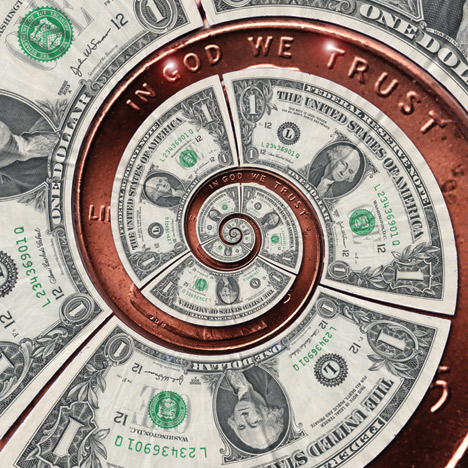 Photo from Flickr user <a href="http://www.flickr.com/photos/fpsurgeon/2936450932/">fpsurgeon</a> used under a Creative Commons license

When federal agents arrested Bernie Madoff in his Manhattan penthouse, Michael Ocrant was stunned—and not because he thought the Wall Street baron’s financial empire was legit. On the contrary, the one-time financial journalist had been the first to cast doubt on Madoff’s operation. In May 2001, writing in MAR/Hedge, a trade publication covering the hedge fund industry, Ocrant reported that finance experts were “baffled by the way the firm has obtained such consistent, nonvolatile returns month after month and year after year.” They were equally puzzled by their own inability to replicate Madoff’s success. The story raised the possibility that Madoff was padding his clients’ returns with profits from another part of his business, which operated not as a hedge fund but as a so-called market maker—a middleman for the purchase and sale of securities. Madoff denied this at the time, though Ocrant remained convinced that fraud lurked behind the surface of Madoff’s thriving enterprise. Even so, he never fathomed that Madoff’s fund was nothing more than a Ponzi scheme, paying returns to investors from their own money rather than from profits. For a period of at least 13 years Madoff made no investments at all, according to the Securities and Exchange Commission (SEC). “I just couldn’t believe it!” Ocrant says. “I couldn’t believe a Ponzi scheme could operate that long.”

Ocrant, who now organizes financial conferences for Institutional Investor, is a member of what Madoff whistleblower Harry Markopolos has described as his “team,” which, he says, “greatly assisted me throughout the nine-year Madoff investigation.” Along with Ocrant, Markopolos’ fraud-busting squad included colleagues Neil Chelo and Frank Casey (who, like Markopolos, has a background in Army special operations). “These three gentlemen were my eyes and ears out in the hedge fund world, closely tracking who Madoff was dealing with, acquiring Madoff marketing literature, and investigating directly with the staff of feeder funds into Mr. Madoff’s fund to collect additional pieces of the puzzle,” Markopolos told Congress in February.

Recently, I spoke to Ocrant in what he said would be his last interview—at least until the book he is cowriting on the Madoff saga with Markopolos, Chelo, and Casey comes out. Ocrant recounted how he had come close to unraveling Madoff’s scheme, only to be snowed by the smooth-talking finance guru.

During the course of his 40-year career, which included a stint as chairman of the Nasdaq exchange, Madoff had grown into the silver-maned lion of Wall Street. His firm, Bernard L. Madoff Investment Securities, had earned a reputation as one of the top market makers in the business. Though Madoff is now infamous for bilking a who’s who of investors out of $50 billion, it was not very well known as recently as 2001 that his firm had a wealth management arm, which yielded astonishingly consistent results for its elite clients, from Mafiosi to European royal families to Hollywood celebrities. Years ago, says Ocrant, “Nobody had even heard of him as a money manager other than the investors, but they weren’t talking. They were told not to talk. Some of the fund of funds in the industry certainly knew, but they weren’t rushing out and telling the world.”

Among those that did learn of Madoff’s money management business was Boston-based Rampart Investment Management Company, Inc. In late 1999, Frank Casey, then a senior vice president at the firm, had surreptitiously obtained the Madoff fund’s financials. He directed Markopolos and Chelo, who worked under him at Rampart, to reverse engineer Madoff’s results with an eye toward creating a similar fund for Rampart’s investors. What they discovered instead were discrepancies so obvious that Markopolos noticed them within minutes and “in less than four hours…proved mathematically that [Madoff] was a fraud,” he told Congress. Markopolos took the team’s findings to the SEC in 2000, but federal regulators refused to pursue the case—that is, until the financial meltdown laid bare the fraud on its own and forced them to act.

Ocrant became a late addition to the team when Casey, not knowing where else to turn, approached him at a hedge fund conference in Barcelona, Spain, in early 2001. He told Ocrant what Markopolos and Chelo had found and suggested he dig into Madoff’s activities. Intrigued by the tip, Ocrant spent several months interviewing more than a dozen money managers, traders, consultants, quantitative analysts, and fund executives, all of whom agreed with Casey’s assessment: Madoff’s results were impossible based on any existing investment strategy. Yet even then no one conceived the full extent of Madoff’s fraud. Rather, the consensus, says Ocrant, was that he was relying on an illegal technique known as front running—using insider information gathered from his securities clients to anticipate (and profit from) changes in the market. “It’s trading ahead of your customers,” Ocrant explains. “If you’re a market maker you can see the buy orders, you can see the sell orders, and you can see the spreads between those orders, the price differential. You see a buy order coming in, you buy it cheaper; you see a sell order coming in, you sell it for more.”

That April, Ocrant picked up the phone and called Madoff. The two had spoken before on several occasions. “He was always known as someone who was pretty easy to contact and who would return your calls,” Ocrant said. True to form, Madoff agreed to meet the reporter the same day. As Ocrant recalls, there was nothing unusual about the encounter. They met in Madoff’s Midtown Manhattan office, a glass-walled room that looked out onto the trading floor and was decorated, Ocrant remembers, with pictures of Madoff’s 55-foot yacht, Bull. They spent two hours together, during which Ocrant repeatedly questioned Madoff about the implausibility of his fund’s profits. Madoff was unfazed. Despite being confronted about his deception for the first time, he was “courteous, composed, attentive, and responsive to my questions,” says Ocrant. He was willing to talk about everything except his investment strategy, which he deemed “proprietary.” Madoff even introduced Ocrant to one of his sons, who took him on a tour of the trading floor.

“In retrospect, it was an amazing performance,” says Ocrant. Over the years, the reporter had confronted businessmen with evidence of wrongdoing, and always “you could get a sense of somebody either being uncomfortable or that you’ve touched a nerve.” Not so with Madoff. He was the consummate cool customer, displaying the same disarming personality he used with investors to part them from their money.

On December 11, when news of the Ponzi scheme broke, Ocrant thought back on the interview with some regret. In retrospect, he wished he’d pushed Madoff harder to get him off balance and elicit an emotional response. But remembering the fraudster’s relaxed charm, he doubts it would have made a difference. “I think he’s probably sociopathic,” says Ocrant. “It’s like Ted Bundy, right? Here’s a guy who’s caught almost red-handed and can stand up, perfectly comfortable, and defend himself in front of a court and say, ‘No, I’m completely innocent.’ [Madoff] was the same.”