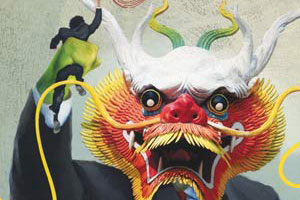 Wang Jianxi is the picture of an investment banker—close-cropped hair, owlish glasses, crisp business suits. A vice president of Beijing’s $200 billion state-controlled investment fund, he travels in the same rarefied circles as the men and women of Goldman Sachs, ubs, and other Western financial giants. In their company, he goes by “Jesse.” And like any savvy banker, Jesse knows the value of PR. As China Investment Corporation was getting off the ground in 2007, Wang hit the Western conference circuit to insist that the fund—governed by a group of senior Communist Party members—would have no political leanings. He cruised from one American think tank to the next, delivering lectures on the global economy, and even sat down one-on-one with Charlie Rose.

These days, Wang doesn’t have to do quite so much selling: Now, the West is coming to him. Last fall, cic and other state-controlled Chinese funds launched a global hunt for bankers, trawling for talent on Wall Street and in London. At one of their recruiting fairs in New York, hundreds of applicants showed up.

Though the financial crisis is hurting China, too—many factories in the Pearl River Delta, the manufacturing heartland of southern China, closed over the past year as US demand softened—Beijing still stands in better shape than the US and other Western powers. Holding nearly $2 trillion in currency reserves and running significant trade surpluses, China can spend to get its economy humming again. (Already, Beijing has launched a stimulus package worth nearly $600 billion, and more could follow.) Having refused to open up many of its banks to global markets—despite intense criticism from the West—China now doesn’t have to deal with mountains of bad debt. And unlike Americans, average Chinese have built up vast household savings, more than $500 billion in all. “Credit is still flowing freely in China, as there is no fear that the banks will go belly-up; same with key companies, which are mostly state owned,” notes Shaun Rein, managing director of China Market Research Group in Shanghai.

As a result, Wang Jianxi and his colleagues are now picking through the wreckage of Western economies. When the financial crisis first broke, China Investment Corporation pitched in, plowing money into American banks and private equity firms such as Blackstone (investments on which they eventually lost billions). In 2007, cic spent $5.6 billion buying a stake in Morgan Stanley; Beijing has also bought into three of the biggest banks in Australia. More recently, having soured on the finance sector, China has been on a commodities shopping spree. The giant, state-owned resources company chinalco is poised to get more deeply invested in the British-Australian Rio Tinto, one of the world’s biggest mining firms. Beijing also recently handed out a $25 billion loan to Russian energy giant Rosneft and is looking for more bargains in the natural resources sector. China computer giant Lenovo now owns ibm‘s personal computing division, and some Chinese media outlets have speculated that Shanghai Automotive Industry Corp. and another Chinese carmaker might be eyeing General Motors. “Americans need to get used to the fact that China will begin taking a more critical role in business, using the downturn for their advantage,” Rein says.

Chinese leaders luxuriate in the attention. “The US is a fatty and needs to take diet pills, but in contrast China is still skinny,” one former top financial official recently gloated to the state press. Some Chinese firms and funds are so anxious to hit the fire sale that government officials have to restrain them from openly celebrating over the carcass of the West. “Hold your cash,” the head of the government agency that oversees state companies, Li Rongrong, told major Chinese firms in November. “There will be plenty of opportunities in the future.”

As it emerges as the investor of last resort, Beijing is aiming to use its business ties to expand its political influence. On a steamy day just before monsoon season, I sat by the muddy banks of the Mekong River in Phnom Penh with a senior Cambodian government official known for his commitment to human rights. “Look across there,” he said, pointing to a part of the decidedly low-slung city, where tall new buildings were sprouting up. In the 100-degree heat, we could make out a group of men with wispy stubble and ropy muscles banging together walls. “All that is China’s money, Chinese businesses coming in. Everything downtown is being built with China’s capital, China’s aid.”

He paused and looked around; Cambodia is nominally a democracy, but opponents of the long-serving prime minister, Hun Sen, have been disappeared, terrorized, murdered. Ten years ago, the official said, Hun Sen had to watch how far he went—he needed the backing of Western donors and investors. Now, when the West criticizes him, it’s no big deal—China has his back. “We depend on [China] now,” the official said. “We can’t do anything else.”

“For decades, you had this idea that the only way to develop was through democracy and capitalism,” says Robert Kagan, author of a book on autocracy called The Return of History and the End of Dreams. “Now, what China is proving is that there’s another alternative out there.” Chris Alden, an expert on China-Africa relations at the London School of Economics, says that among African leaders, for example, “the perception that China is relatively immune to the worst effects of the crisis raises its stature.” China may now be Africa’s largest lender, pledging nearly $20 billion in 2007; some of this money goes to bringing local politicians to China, where they learn about the model Beijing has used to create three decades of growth, without the pesky democracy.

Even in the United States, there are signs that Beijing’s new stature commands respect. Speaker of the House Nancy Pelosi, a longtime China hawk who in 1991 personally unfurled a protest banner in Beijing’s Tiananmen Square, has acknowledged that “when human rights concerns are up against money, they always lose.” And during a recent visit to China, Secretary of State Hillary Clinton let it be known that the economy would take precedence over human rights topics for the time being.

“No one is going to step forward to hit China now, when we are trying to get them to help us with the crisis,” says one longtime congressional staffer. After all, China only has to remind America’s leaders of those $700 billion-plus worth of US Treasuries in its coffers.