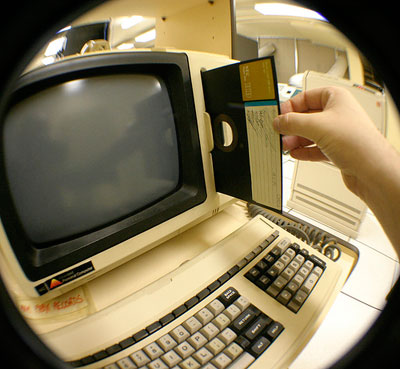 In a quiet, fluorescently lit room in the National Archives’ auxiliary campus in suburban College Park, Maryland, 10 miles outside of Washington, are four computer terminals, each providing instant access to the more than 10 million pages of documents the CIA has declassified since 1995. There’s only one problem: these are the only publicly available computers in the world that do so. At a time when Google is scanning and posting the contents of entire libraries to the Web, the agency refuses to link this large collection of documents—accessible through the CIA Records Search Tool, or CREST—to the Internet. This has effectively placed the CIA’s declassified library beyond the reach of most Americans. So is the agency covering up what it has already uncovered?

“We take care to protect properly classified information,” says CIA spokesman Paul Gimigliano. “Everyone recognizes the need for that.” But what about declassified information? Among the CIA’s concerns, says a National Archives librarian who oversees CREST, is that an online database would undermine the agency’s ability to protect the information from hackers and others who might wish to alter its contents. Never mind that anyone can print documents from CREST (paper and printers provided courtesy of Langley) and, with a bottle of Wite-Out and a scanner, populate the Internet with fakes. And locating the database in the National Archives does nothing to limit access to those determined to peruse the files. Indeed, the librarian acknowledged that foreign researchers are frequent CREST users. Still, the agency believes restricted CREST access will discourage mischief. Next to the computer terminals is a sign warning that “the CIA will gather and store information about your visit automatically” (a message driven home by two overhead video cameras encased in tinted glass) and that “unauthorized attempts to modify any information stored on this system, to defeat or circumvent security measures, or to utilize this system for other than its intended purposes are prohibited and may result in criminal prosecution.”

CIA officials also believe that even sanitized documents, if made available online, could potentially compromise “sources and methods.” The fear is that foreign spies, utilizing the so-called “mosaic principle,” could piece together fragments of information from a wide range of declassified sources to make deductions about ongoing intelligence operations. But according to Steven Aftergood, director of the Federation of American Scientists’ Project on Government Secrecy, such concerns are overblown. “The CIA tends to censor documents so heavily that I just don’t believe that there is much left even for a professional intelligence analyst to work with,” he says. “I think it’s a spurious, reflexive response that can’t be taken seriously.”

The Clinton administration had no such worries about foreign enemies exploiting decades-old and heavily censored documents. In April 1995, it issued an executive order mandating that all secret government documents 25 years old or older, and deemed to be of “historical value,” be released to the public unless federal agencies sought exemptions for specific files that remained sensitive. The order called for the creation of a “government wide database of information that has been declassified” and stated that its contents “shall be available to the public.” In March 2003, the secrecy-obsessed Bush administration amended the Clinton order, removing any mention of a public database for declassified documents. While the federal government has released close to a billion pages of secret memos, office diaries, transcripts, and intelligence estimates from various agencies and departments, there is no universal database pulling it all together for interested citizens.

Despite its limited public access, Langley’s CREST database is among the most comprehensive currently available. It’s a point the CIA’s Gimigliano is quick to emphasize. Most federal agencies simply dump paper files in the National Archives, he says, but the CIA’s database organizes its declassified files into a “resource that is very popular with scholars.” Some 850,000 pages have been printed from CREST computers since 2000. These were presumably documents worth having, but much of the database is a snore. “Many hundreds of thousands of pages of the documents made available through CREST are at best uninteresting—personnel office memoranda, innumerable newspaper clippings, reprints of academic journal articles, etc.,” write David Barrett and Raymond Wasko in their review of the database for the journal Intelligence and National Security.

When I visited College Park, I searched CREST for references to this magazine and found a 1978 Mother Jones article about the CIA’s secret, revolving-door relationship with the Bechtel Corporation, a leading military contractor. Its original classification is marked “unknown.” Amended to the back was a note (PDF), the names of the sender and recipient both redacted, describing Mother Jones as “a locally-produced scandal sheet published by a dissident group.” Federal rules supposedly prevent agencies from classifying non-governmental documents. Aftergood hypothesized that the article was “just in somebody’s filing cabinet and they put it through the system.” The piece rattled the CIA (and its private-sector partner, Bechtel) enough that it became the subject of internal agency discussion. A declassified August 1978 memorandum (PDF), prepared for then-Deputy CIA Director Frank Carlucci in advance of a speech to a gathering of corporate executives in San Francisco, labeled Mother Jones a “sensationalistic, counter-culture magazine” and suggested that Carlucci, who went on to become secretary of defense during the Reagan administration, be ready to respond to questions about Bechtel. It warned that the Mother Jones article “will very likely be the focus of attention and concern in the business community.” (While in San Francisco, according to a copy of Carlucci’s itinerary (PDF) accessed via CREST, he stayed in the home of Casper Weinberger, then-Bechtel’s vice president and general counsel—somewhat proving the point of the article.)

Though the CIA has steadfastly refused to post its declassified documents collection online, the agency this month launched a Web-based “Finding Aid,” allowing Internet users to search CREST files by title and date (not subject). But if you want to see the documents themselves, you still have to trek to the National Archives. According to the press release announcing the new online tool, the CIA acknowledges that “this presents an obstacle to many researchers” and says it’s “investigating ways to improve researcher knowledge of and access to CREST documents.”

Could this indicate a potential thaw in the CIA’s position? Last year on the campaign trail, then-candidate Barack Obama called for the creation of a National Declassification Center, promising to “reverse President Bush’s policy of secrecy” and “to make declassification secure but routine, efficient, and cost-effective.” And Leon Panetta, Obama’s CIA director, was an important player in the Clinton administration’s move toward widespread declassification of government documents. For his part, Aftergood is cautiously optimistic. “I do have hope, yes, and I think it’s a promising approach not just for the CIA, but for all of the major classifying agencies that they should routinely scan documents as they are declassified and make them publicly available. Over time, it would be both cost-effective and enriching to the public domain.” And it would be a victory for open government advocates if they could convince the CIA to increase public access to once-secret material that the CIA itself says is no longer secret.