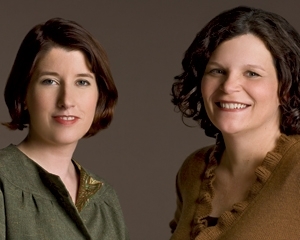 as we began putting this issue together, our interns took a poll among themselves: What’s the difference between a pension and a 401(k)? Upshot: Not one among nearly a dozen twentysomethings really knew the answer. We (both early 40s) were mystified. Granted, no one under 30 thinks about retirement—but how could they not grasp a concept so dominant in the headlines? So key to their ability to survive and thrive in their golden years? Confronted with this generational divide, we consulted a translator: Nicole McClelland, our 28-year-old copy editor. Did she know what these terms meant before we started working on the issue? Nicole put it succinctly. “I guess I would have thought about it like this: A pension is what my grandpa has. A 401(k) is what my dad has. And Social Security—I don’t know, I might get $40 a month from that someday?”

And there, in a nutshell, are two truths commingled with two lies. True, many workers of Nicole’s grandfather’s generation retired with a corporate pension—a com­pany-run “defined benefit” plan that pays a set amount per month based on a worker’s salary and years on the job. And true, those plans have now largely been replaced with the “choice” of 401(k)s, which, we have been told ad nauseam, are just like a pension, only better, since any idiot can make money in the stock market. That last bit was lie number one. Lie number two: that those of us under 50 will never see a dime of our Social Security benefits because the baby boomers will bankrupt the program. Bush & Co. even tried to convince us to turn a big chunk of it over to Wall Street.

We’re lucky that particular bit of ideological overreach went nowhere. But the lessons go deeper than a caveat about worshipping the Dow. For decades now, a driving principle of corporate America has been that the cure for any problem is to pay workers less, make them do more, and get rid of benefits. Product losing traction in the marketplace? Wring concessions out of your union! Supply chain inefficient? Jettison health care! No promise, no social bond was strong enough to withstand the pressure to increase shareholder returns. (And many of those shareholders, ironically, were the rest of us—hoping our 401(k) managers could squeeze out an extra percentage point or two, even as they destroyed the underpinnings of our economy. Talk about cutting off your nose to spite your face.)

We all bought it, for nearly three decades. Somehow we managed to convince ourselves, across generations and income levels, that bad things only happened to other people—or if they did happen to us, it was our own fault. “Personal responsibility” was another way of saying “sorry about your trouble, but shit happens.”

No more. The calamity we now face is egalitarian: Even if you still have a job, your home value has tanked and you’re scared to open your 401(k) statements—or, if you’re our interns’ age, you’re neck deep in student debt and your employment prospects stink. Only one group seems immune: the ceos lining up for bailouts and handing themselves bonuses for a job well done.

And really, should we have expected any different? Never mind all the yammering about competition, merit, may the best man win: The reason top execs have done so well is that they looked out for one another. Consider the aptly named Top Hat pensions David Cay Johnston examines in “Rip-Off Artists“—separately (and very well) funded retirement plans for the guys in the corner offices. How did they manage to create these gilded benefits? By sitting on each other’s boards, scratching each other’s backs, and feeding the world a line about how the “best and brightest” may leave us in the lurch if another $50 million isn’t forthcoming.

The lesson: Solidarity actually works. And it can work, right now, to combat the crisis those financial whizzes created. Back in the ’90s, our generational cohort bought the privatizers’ spin that we were more likely to see a ufo than to collect Social Security. Now we know that fdr‘s legacy has held up better than anything corporate America has come up with. Strengthening and expanding it, as James K. Galbraith points out in “Security Blanket“, could actually serve as a powerful stimulus—and it could mean that today’s twentysomethings won’t depend on the cruel hand of chance for their retirement.

It’s been a long time since angry crowds attacked the wealthy on streets. Those were ugly times, and they feel distant now. We don’t want to go back there. But if corporate America continues to ignore the reality its awful decisions have created, if we have to hear one more time about million-dollar bonuses at a time when tent cities are springing up all over, then things could get really ugly. (aig, finally hip to the zeitgeist, is already warning employees to “avoid wearing any aig apparel” in public.). Here’s hoping that instead, we use our enormous collective strength—as the labor movement did in its heyday, as America almost did after 9/11—to fashion a new set of commitments. And live up to them.