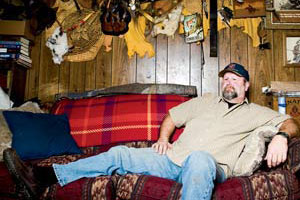 tom hazel had six months to go. He’d been at his job at the aluminum plant in Longview, Washington, for 29 years and six months. Under his union contract, he was eligible to retire with a full pension—about $1,000 a month, or $37.50 for each year of employment—when he hit his 30th anniversary.

It was a promise that had kept him going for decades in a job that otherwise had little to recommend itself. Temperatures in the foundry soared well past 100 degrees; workers were required to wear respirator masks, into which they tore holes to smoke cigarettes as they lugged massive iron studs and jackhammers. Once, a guy was effectively cut in half when a piece of machinery fell on him; other men were electrocuted, or burned to death by molten metal. Aluminum workers are also at elevated risk of leukemia and a host of lung diseases. “I don’t know how many times I thought about quitting,” one of Hazel’s colleagues admits. “But I thought, ‘Boy, I’ve got too many years invested here. I can’t afford to give up those years.'”

The attitude was common: Aluminum offered men with no college a ticket into the middle class, into one of the cozy wooden houses lining the town’s side streets, and eventually into a comfortable retirement. Young men were brought into the factory by fathers, uncles, brothers. “They used to call it the mill flunkies. You’d hire in, show up every day, do the job you’re supposed to do, and you thought you were going to be taken care of,” recalls Hazel’s union president, Bill Hannah, who joined the company at age 19. Less than an hour’s drive north of Portland, the town of 35,000, originally designed by the Long-Bell Lumber Company as part of the World War I-era City Beautiful movement, retained a close-knit working-class culture; even the restaurants were unionized well into the 1980s.

Hazel spent a lot of time thinking about what he would do once he got that pension at age 50. “I would have maybe worked part time somewhere, moved up to Hood Canal or the coast,” he says. “I like clamming and crabbing and getting oysters. You just walk right out on the beach and rake ’em up; take out your boat and drop your crab pots.”

Today, the foundry sits shuttered. Tom Hazel’s pension plan has been suspended, and the lifetime medical benefits he was promised are gone. Any dreams of crabbing are now just that. He’s emptied his savings to support his wife, son, grandson, and two stepchildren; his new job, as a forklift driver at the local timber plant, has very limited benefits, and he counts himself lucky to have it. He’ll get a pension eventually, at 62, but right now, with seven years to go, that’s not much help.

All over the country, pensions guaranteed by union-negotiated contracts are vanishing into thin air, casualties of bankruptcy, economic upheaval, and flawed legislation. Pensions have turned to dust at airlines (United, Delta), steel companies (Bethlehem), textile makers, and even electronics companies like Polaroid. The Big Three and their suppliers may roll back pension plans that support hundreds of thousands of retirees and their families. Entire towns have seen their economic base disappear; in Kannapolis, North Carolina, home to the textile maker Pillowtex Corporation, 23,000 private pensions were wiped out overnight when the company went bankrupt in 2003.

For workers whose pensions vanish, the only safety net is the federal Pension Benefit Guaranty Corporation, an insurance fund financed by employer premiums. Today, 1.3 million workers rely on the federal government to pay pensions that their employers no longer can or will pay; the number has more than doubled in the past eight years, and it keeps rising. The pbgc, its investments battered by the stock market crash, is now deep in the red, with a deficit of more than $11 billion instead of the $9.7 billion surplus it had in 2000.

But there is a growing population of workers whom the pbgc can’t fully compensate: those in heavy-labor industries, where bodies wear out long before the traditional retirement age, and where retirement typically starts in a worker’s mid-50s. When these companies bail on their pensions, the pbgc often offers significantly less. It also doesn’t cover health insurance, an essential benefit to workers who don’t qualify for Medicare and who often have children still at home.

“It’s a frightful societal development,” says Bill Brandt, a Chicago-based financial consultant who has served as a trustee during numerous bankruptcy proceedings. Between the disappearing pensions, slim prospects for new jobs, and vanished medical benefits, middle-aged workers like Hazel “will discover it’s the beginning of a very sordid story for the rest of their lives.”

In Longview, retirement promises were only the last to be broken. In 2000, the world’s largest aluminum producer, Alcoa, Inc. (then run by Paul O’Neill, whom George W. Bush would soon appoint as treasury secretary), had bought out the foundry’s owner, Reynolds Metals. But Alcoa quickly found itself embroiled in an antitrust battle, which required it to sell part of its stake in Reynolds; it also realized that the Longview plant used obsolete, polluting technology—”we were dinosaurs in the mud,” says one ex-worker bitterly—and that the plant was full of men whose pension and health ious were coming due.

The company wanted out, and it turned to Michael Lynch, an eccentric Chicago investor with a habit of buying and bankrupting aluminum companies. In 2000, Lynch offered $150 million for the plant, far more than other bidders were willing to cough up—and far more, it turned out, than he could actually finance. The negotiations dragged on until the Enron-manufactured energy crisis of 2001 hit the West: Suddenly, the plant’s enormous electricity contract—aluminum smelters use a stupendous amount of power—was worth a fortune. The local utility, Bonneville Power Administration, offered Alcoa $226 million, almost three times the plant’s annual output, to temporarily cease operations in Longview.

Alcoa leapt at the offer—and so did Lynch. The investor, who didn’t respond to requests for comment for this article, informed bpa that it couldn’t close the deal with Alcoa because he’d already bid on the plant. Desperate for electricity, bpa offered a compromise: Alcoa would sell to Lynch, for whom bpa would in effect finance the deal to the tune of $140 million. The remaining $86 million or so of the electricity buyout would be handed over to Lynch.

It was the deal of a lifetime—except for the workers. Under the terms of the contract, Alcoa would pay for the Longview employees’ pensions once they turned 62. But until then, Lynch was responsible, and as long as the company was viable he was also on the hook for the retirees’ lifetime medical benefits.

Lynch did “temporarily” close the plant down, as agreed with bpa; for the next two years, he kept assuring the union that he planned to upgrade the equipment and reopen. Then in 2003, Longview Aluminum suddenly declared bankruptcy, owing the county $1.47 million in unpaid taxes and its workers tens of millions in pensions and health care obligations. The day the deal went down, many of the old-timers went down to Grumpy’s Tavern and got as drunk as humanly possible. “It pissed you off they’d do that to you that easily,” says Tom Hazel. “You’re like a check mark in a book. They checked you off, after you helped them make the money they made.”

Ken Williams was 51 then, and due to retire in another three months. When I met him he was smartly dressed, tan, with a shaved head—except for his white walrus mustache, he recalled Telly Savalas, circa 1973. Williams is now working as a handyman, earning about a third of what he made at the plant. “It was really a hurtful time. I was just hoping, ‘Get me them few more days here, that’s all I’m asking,'” he recalls. “You were just kind of stunned, you know? All them years you’d worked toward something and gave yourself to a company. I felt totally shafted. Now I’m renting, probably never will own my own home. A lot of people lost homes and dreams, the dream of putting their children through college, being able to do better for their families.”

One of Tom Hazel’s colleagues, a pillar of the local church, ended up living out of his Volvo, sleeping in mall parking lots and washing up in the bathroom at Burger King. Another retrained as a pharmacy technician and landed a job at Wal-Mart, where he started with half the wages he used to have and still has virtually no benefits. Other men got divorced or took to drinking; one killed himself; another landed in a mental institution.

Eugene Murphy was 50 when the plant shut down. A feisty guy in jeans and a yellow baseball cap who devours a sausage, egg, and cheese croissant as we talk, he recalls feeling “betrayed by the whole country. There’s not hardly a drop of aluminum produced anymore in the Northwest, and we used to be a powerhouse.” For a while after the plant shut down, Murphy drove a combine on a pea farm; more recently, he became a security guard, earning half what he used to make. His friend Bill Hannah found low-paid, low-benefits work at the local port. Randy Querin, a spokesman for the regional health care company, PeaceHealth, says the number of Medicaid claimants in Longview has soared, as has the amount of charity care—care, that is, that providers and taxpayers are paying for, instead of Alcoa or Michael Lynch.

Dan Fowler, 53 when I met him, divorced, and suffering from multiple chronic health problems, was getting what medical help he could at Longview’s family health clinic. When he needed medication for high blood pressure, high cholesterol, weak lungs, he had to rely on free samples from the clinic. A few years ago he had to have four cancerous lesions removed from his face; he paid for the procedure by cashing in his 401(k). When he had a scare about a possible brain tumor, he barely managed to get the requisite tests because providers demanded cash up front.

“These are not going to be golden years,” Fowler told me ruefully. “I have no job. The things that are happening to me now medically, I know the things we did at the beginning take a toll at the end and nobody wants to be responsible for that. I don’t want to sell everything I have to just have medical insurance.