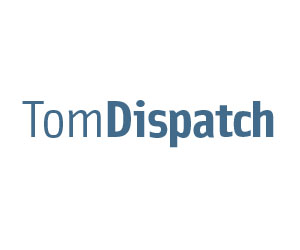 The U.S. empire of bases — at $102 billion a year already the world’s costliest military enterprise — just got a good deal more expensive. As a start, on May 27th, we learned that the State Department will build a new “embassy” in Islamabad, Pakistan, which at $736 million will be the second priciest ever constructed, only $4 million less, if cost overruns don’t occur, than the Vatican-City-sized one the Bush administration put up in Baghdad. The State Department was also reportedly planning to buy the five-star Pearl Continental Hotel (complete with pool) in Peshawar, near the border with Afghanistan, to use as a consulate and living quarters for its staff there.

Unfortunately for such plans, on June 9th Pakistani militants rammed a truck filled with explosives into the hotel, killing 18 occupants, wounding at least 55, and collapsing one entire wing of the structure. There has been no news since about whether the State Department is still going ahead with the purchase.

Whatever the costs turn out to be, they will not be included in our already bloated military budget, even though none of these structures is designed to be a true embassy — a place, that is, where local people come for visas and American officials represent the commercial and diplomatic interests of their country. Instead these so-called embassies will actually be walled compounds, akin to medieval fortresses, where American spies, soldiers, intelligence officials, and diplomats try to keep an eye on hostile populations in a region at war. One can predict with certainty that they will house a large contingent of Marines and include roof-top helicopter pads for quick get-aways.

While it may be comforting for State Department employees working in dangerous places to know that they have some physical protection, it must also be obvious to them, as well as the people in the countries where they serve, that they will now be visibly part of an in-your-face American imperial presence. We shouldn’t be surprised when militants attacking the U.S. find one of our base-like embassies, however heavily guarded, an easier target than a large military base.

And what is being done about those military bases anyway — now close to 800 of them dotted across the globe in other people’s countries? Even as Congress and the Obama administration wrangle over the cost of bank bailouts, a new health plan, pollution controls, and other much needed domestic expenditures, no one suggests that closing some of these unpopular, expensive imperial enclaves might be a good way to save some money.

Instead, they are evidently about to become even more expensive. On June 23rd, we learned that Kyrgyzstan, the former Central Asian Soviet Republic which, back in February 2009, announced that it was going to kick the U.S. military out of Manas Air Base (used since 2001 as a staging area for the Afghan War), has been persuaded to let us stay. But here’s the catch: In return for doing us that favor, the annual rent Washington pays for use of the base will more than triple from $17.4 million to $60 million, with millions more to go into promised improvements in airport facilities and other financial sweeteners. All this because the Obama administration, having committed itself to a widening war in the region, is convinced it needs this base to store and trans-ship supplies to Afghanistan.

I suspect this development will not go unnoticed in other countries where Americans are also unpopular occupiers. For example, the Ecuadorians have told us to leave Manta Air Base by this November. Of course, they have their pride to consider, not to speak of the fact that they don’t like American soldiers mucking about in Colombia and Peru. Nonetheless, they could probably use a spot more money.

And what about the Japanese who, for more than 57 years, have been paying big bucks to host American bases on their soil? Recently, they reached a deal with Washington to move some American Marines from bases on Okinawa to the U.S. territory of Guam. In the process, however, they were forced to shell out not only for the cost of the Marines’ removal, but also to build new facilities on Guam for their arrival. Is it possible that they will now take a cue from the government of Kyrgyzstan and just tell the Americans to get out and pay for it themselves? Or might they at least stop funding the same American military personnel who regularly rape Japanese women (at the rate of about two per month) and make life miserable for whoever lives near the 38 U.S. bases on Okinawa. This is certainly what the Okinawans have been hoping and praying for ever since we arrived in 1945.

In fact, I have a suggestion for other countries that are getting a bit weary of the American military presence on their soil: cash in now, before it’s too late. Either up the ante or tell the Americans to go home. I encourage this behavior because I’m convinced that the U.S. Empire of Bases will soon enough bankrupt our country, and so — on the analogy of a financial bubble or a pyramid scheme — if you’re an investor, it’s better to get your money out while you still can.

This is, of course, something that has occurred to the Chinese and other financiers of the American national debt. Only they’re cashing in quietly and slowly in order not to tank the dollar while they’re still holding onto such a bundle of them. Make no mistake, though: whether we’re being bled rapidly or slowly, we are bleeding; and hanging onto our military empire and all the bases that go with it will ultimately spell the end of the United States as we know it.

Count on this, future generations of Americans traveling abroad decades from now won’t find the landscape dotted with near-billion-dollar “embassies.”

Chalmers Johnson is the author of The Blowback Trilogy — Blowback (2000), The Sorrows of Empire (2004), and Nemesis (2006), all published by Metropolitan Books. Check out a TomDispatch audio interview with Johnson about the U.S. Empire of Bases by clicking here.