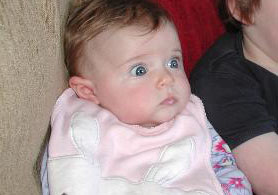 A debate that raged on this website back in March, when environmental correspondent Julia Whitty‘s posting about the climate change impact of childrearing led to nearly 150 comments—that’s a lot—is being rekindled this week over at Livescience and Treehugger.

The issue at hand: Can we afford, environmentally speaking, to have so many children? (Whether our marriages can afford it is a separate debate.) As Whitty previously reported, scientists at Oregon State estimated that, under current conditions, each American child adds 9,441 metric tons of CO2 to the average mother’s lifetime carbon legacy, nearly six times the carbon footprint of a childless American woman. By contast, each Bandladeshi child adds only 56 metric tons to his mom’s lifetime footprint.

Few things rile people more than the suggestion that they are being selfish to have kids. Well, as a father of two, I can authoritatively say that it’s simultaneously the most selfish and the most selfless thing you’ll ever do. You give your all to another human being. Still, I cringe at the wasted resources, despite my family’s conservation awareness. After kid number two, we moved to a bigger house. We do disproportionately more laundry that a couple would, use the dishwasher more, waste more food (it’s unavoidable with children). There’s diapers, the presents from relatives, and the plastic—oh, god, the plastic. Curmudgeonly as I may be, we still end up buying way more stuff than we need and driving more than we otherwise would. (Ever try walking a mile with a 2-year-old? Mighty slow going.)

(In case you haven’t read it, I would highly recommend our 2008 energy package, which includes a depressingly stellar collection of stats related to the environmental impact of raising kids, titled “What’s Your Baby’s Carbon Footprint?“)

So yes, childbearing wreaks green havoc, given our profligate standard of living. But what I also find interesting is that, while birth rates have dwindled significantly in much of the developed world—the US is an anomaly—this is viewed as a bad thing. In fact, governments have viewed it as a real crisis. And from an economic-growth standpoint, it is. In countries like Italy and Japan, not enough babies are being born to replace the dead—the birth rate doesn’t match the “replacement fertility rate.” And when a population gets too top heavy, it creates stagnation as the labor supply shrinks and the young struggle to support the old. To stave off mid-term catastrophes (in favor of long-term ones), some European countries have implemented incentives to induce women to have more children.

But why not go the other direction? I have yet to come across any efforts to forge a viable strategy that would allow a population to shrink sustainably, to lower that 2.1 kid-per-woman replacement rate for industrialized countries to, say, 1.2. (The replacement rate can be as high as 3.5 in some developing countries due to higher mortality, according to a study by Princeton University researchers.) Have any Mojo readers seen anything smart on this issue? Because no matter how many wind farms we build, roofs we paint white, and light bulbs we replace with CFLs, our endless thirst for growth—in population and in commerce—promises to take us nowhere fast.