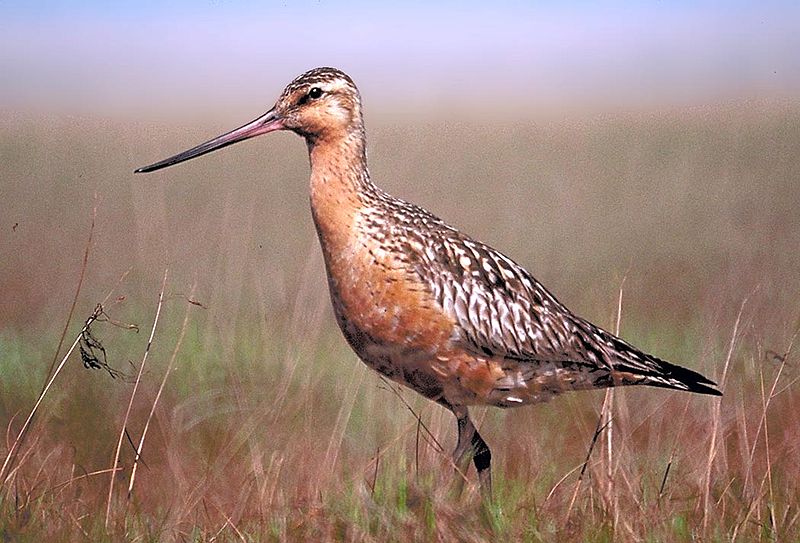 The Wildlife Conservation Society announced their researchers spotted a Bar-tailed Godwit in Alaska banded in Australia 8,000 miles away. We’ve known for a while these small birds make epic migrations (I wrote about godwits and what they have to teach us in Diet for a Warm Planet).

But it’s still really rare to find a bird tagged on one end of its migration at the other end. They’re usually spotted back where they were banded. The WCS researchers also found two other long-distance flyers, a Banded Dunlin and a Semipalmated Sandpiper, marked and released three years ago as part of a study testing whether birds overwintering in Asia carry H5N1 Avian Influenza to North America. The answer so far: No.