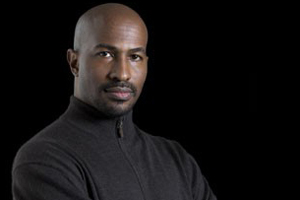 Photo courtesy Green For All

This article first appeared on Alternet.

If you thought the targeting of Van Jones for vilification by the right was about his race, his youthful flirtation with socialism, or a petition he signed about the 9/11 attacks, you’d only be a little bit right. And if you think it was about the Color of Change campaign against Glenn Beck’s show on FOX NewsChannel, you’d really miss the mark.

The racism and red-baiting suffered by Jones at the hands of Beck and his admirers are simply key elements in a marketing strategy designed to serve Very Big Business — the oil and other business interests that support the astroturfing group Americans for Prosperity. The strategy is simple: prey upon the worst fears of the right-wing folks who live next door in order to get them to organize against their own interests.

When word of Van Jones’ resignation from his White House post hit the airwaves, Americans for Prosperity’s Phil Kerpen, the group’s policy director, wasted no time in taking personal credit. In his column on FOXNews.com, Kerpen wrote, “The Van Jones affair…is one of the most significant things I’ve ever had the honor of being involved in.”

Progressives first became familiar with Americans for Prosperity because of its role, along with Glenn Beck’s 912 Project, in organizing the disruption of town-hall meetings across the country at which members of Congress were scheduled to discuss pending health-care reform legislation with their constituents. Many assumed the AFP astroturfers, who are not required to disclose their funding sources, were aligned specifically with health-care interests — and indeed they may be aligned with some. Look a little closer, though, and you’ll find at the top of their agenda the derailment of energy reform, especially the cap-and-trade formula for reducing greenhouse gas emissions.

Naming defeat of clean-energy legislation his “number one legislative priority,” Kerpen, in his FOX News column, details his role in demonizing Jones in the right-wing echo-chamber from which Jones, as an Obama aide, could not escape.

By his own account, Kerpen’s quest to fell Van Jones began on July 9 — weeks before Color of Change began to organize against Beck — when he was asked to appear on FOX & Friends to explain “what green jobs are”; and to discuss Obama’s green-jobs “czar,” Van Jones. A little research revealed Jones’ involvement, early in his activist career, with a group that embraced socialist values. From there, Kerpen extrapolated, “the ‘green jobs’ concept was merely a new face on the old ideology of central economic planning and control, an alternative and a threat to free market capitalism.”

The month before, Kerpen explains, he and Beck had dubbed the cap-and-trade energy reform legislation embraced by the Obama as “a watermelon” — “green on the outside but Communist red to the core.” (No racist intent in that characterization, of course.) Cap-and-trade is a mechanism through which industrial plants are given permits to produce X amount of pollution. After they’ve used up their allotment, they can only pollute more by buying the unused permits of other permit-holders. This creates incentives for certain businesses to limit their greenhouse gas emissions for the monetary payoff of selling their permits.

In Kerpen’s August 28 appearance on Beck’s show, he broadened his attack to include the Apollo Alliance, on whose board Jones once sat. The Apollo Alliance seeks to build public-private partnerships on green jobs, working with business, labor unions, government officials and activists. After that, Kerpen brays, Beck “began pounding away” on Jones.

Americans for Prosperity, FOX News and the Murdoch Agenda

Americans for Prosperity, as AlterNet reported, works closely with the personalities of FOX News, and has long received substantial funding by the oil money of David Koch, who serves as chairman of the board of directors of the Americans for Prosperity Foundation. But even that fun fact offers too narrow a view of the agenda advanced by Americans for Prosperity with the mighty assistance of Glenn Beck’s uber-boss, Rupert Murdoch, owner of FOX and the Wall Street Journal, and chairman of the colossal News Corporation. Together, these two entities oppose any form of regulation that would disturb the status quo for Very Big Business — conglomerates that range in sector from nuclear power to the for-profit prison industry.

To these entrenched interests, Van Jones is a very dangerous man, indeed — even as a mid-level White House aide. (Now that he is “liberated” by his White House resignation, as AlterNet Executive Editor Don Hazen writes, they may soon rue the day they sought to turn Jones out of the government.)

As inspirational speakers go, it’s hard to find an equal to Jones, who has already helped to broaden the clean-energy and environmental movements far beyond their white, crunchy-granola base. Adept at building coalitions and finding interdisciplinary approaches, Jones is just the person to sell an abstract concept like cap-and-trade to regular, cash-strapped Americans.

Jones’ approach includes the greening of American cities, the development of green jobs for inner-city citizens — and especially for repatriating ex-convicts into civil society — as well as wonky remedies like cap-and-trade. It’s a fully integrated vision. As Jones told me in an interview last year, “If you … have to break up with oil and coal, you may as well break up with poverty and a bunch of other stuff.”

Actually, in his FOX News column, Kerpen gets the Jones agenda pretty well:

Kerpen’s problem with this agenda?

As I explained previously on the FOX Forum, the push for “green jobs” has everything to do with funding the far-left political activities that Van Jones so adamantly believed in. Green jobs are not economic jobs but political jobs, designed to funnel vast sums of taxpayer money to left-wing labor unions, environmental groups, and social justice community organizers.

Kerpen goes on to complain that “cap-and-trade…could send these Green groups trillions…” And they stand to gain “billions,” he writes, from “the unspent portion of the stimulus bill,” which he wants to see repealed.

In essence, Kerpen’s modus operandi is the latter-day equivalent of the “Defund the Left” campaign embarked on by Howard Phillips, a founder of the religious right, during his short stint in the Nixon administration.

In addition to Glenn Beck and Americans for Prosperity, a less-noticed player in the health-care drama is Grassfire, another astroturfing outfit, which, as AlterNet reported, organized town-hall disrupters through its ResisNet site. Grassfire is endosed by Rep. Mike Pence of Indiana, who on September 4, called upon Van Jones to resign, citing Jones’ “extremist views”.

ResistNet is a social-networking hub for the armed patriot movement, as well as racists and paranoids of all stripes. (On the day we visited, we found one video comparing Obama to Hitler, and another featuring a preacher who called him “a half-breed MacDaddy” and called upon “white folks”; to “riot in the streets.”) Grassfire is also organizing its members for a ground assault on cap-and-trade.

Make no mistake: Van Jones’ resignation from the White House was the work of the very same forces that brought you the rage of August’s town-hall meetings, where a rude and sometimes violent minority, using the tactics of thugs, convinced mainstream media that the American people rejected efforts by Obama and congressional Democrats to reform health care. (Played over and over, that theme began to convinced even Americans who thought they had wanted health-care reform began to doubt themselves, thanks to the lies advanced by the town-hall screamers.)

Though these forces are most recognizably felt in the health-care debate, stopping health-care reform is likely a means to a greater end. It’s far easier to upset people over their personal health care than it is to get them ginned up over something as esoteric as cap-and-trade or net neutrality (also targeted for legislative defeat by Americans for Prosperity). But once you’ve used health-care reform to convince the frightened and paranoid that the president is a white-people-hating socialist (or fascist, depending on the day) who wants to kill off Grandma, it’s a lot easier to get them to oppose just about anything he might propose.

A very powerful alliance, designed to motivate various iterations of the grass roots of the right wing, is taking shape, and its players are determined to win by any means necessary — be they racism, red-baiting, violence or lies. Americans for Prosperity, Grassfire, Freedom Works (the Astroturf group led by former House Majority Leader Dick Armey) and the Murdoch empire — especially as represented by Glenn Beck — have teamed up to keep the air dirty, the poor in their place and more people dying every day for lack of health care. But more than anything, they’ve joined hands to keep the preponderance of the earth’s riches in the hands of a very few—the rest of us be damned. They’re determined to die with the most toys, leaving a poisoned and impoverished planet as their legacy.

Mother Jones’ Josh Harkinson also has a piece on Americans for Prosperity. Read it here.