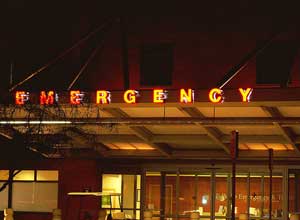 I’m talking about Senate Democrats. On Tuesday afternoon, five Democratic members of the Senate finance committee—Max Baucus, Kent Conrad, Blanche Lincoln, Bill Nelson, and Tom Carper—voted with all ten Republicans on the panel to defeat Sen. Jay Rockefeller’s amendment, which would set up a public health insurance plan to compete with private plans. These Democrats provided the winning margin in the 15-8 vote to kill a measure much dreaded by the health insurance companies. Such firms had plenty of reasons—billions, you might say—to celebrate what this band of Democrats did. On a subsequent vote for a weaker public option amendment offered by Democratic Sen. Chuck Schumer, Nelson and Carper returned to the Democratic fold and supported it, but Baucus, Conrad and Lincoln again sided with GOPers and defeated it.

At the same time Democratic senators were undermining a key Democratic initiative and helping out the insurance industry, the communications center for the Senate Democrats was zapping out a long email—headlined, “Insurance Companies: Profits Over People”—detailing the evils perpetuated by private health insurance companies:

Right now, too many insurance companies put profits over people. They retroactively remove your coverage after you become sick, consider C-sections a pre-existing condition, and use a lack of transparency to fleece consumers while they make record profits. Senate health insurance reform reverses the insurance companies’ misplaced priorities and puts the consumer first.

* In the past nine years, health insurance premiums have more than doubled—a rate three times faster than wage increases.

* Health care firms boosted their lobbying efforts in the second quarter of this year by $133 million, becoming the largest industry spender on lobbying. And Karen Ignagni, the chief lobbyist for the health insurance trade association, made $1.65 million in 2007.

The press release referred to health care horror stories that happened when insurance firms denied coverage because of pre-existing conditions. It noted that health insurance firms dump the sick to increase profits, retroactively cancel policies to avoid paying for health care, flout regulations designed to protect consumers, engage in fraudulent activity, and routinely under-reimburse customers. In other words, they are scum.

So the Senate Democrats need a split screen to convey their view on health insurance companies. Most of them want to beat up on the companies and create a public plan that would place pressure on these firms to lower prices and offer better policies and better service. But a handful of Senate Democrats have opposed that effort and provided bipartisan cover to the preserving the highly profitable prerogatives of the health insurance industry. With five senators—including the committee chairman—voting with the Republicans against the Rockefeller measure, the Democrats lost the opportunity to draw a clear line: the Republicans want to protect this industry; we want to protect you.

On health care reform, the Republicans are united in rejectionism. The Democrats are split. They present a mixed message to the public. And on an issue as complicated and complex as health care, that’s not good political medicine.