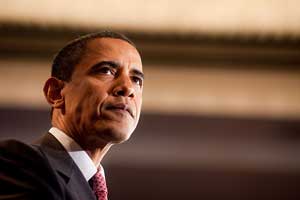 On Wednesday, the Justice Department released new guidelines for how it will invoke the State Secrets privilege, a doctrine that allows the government to exclude information from legal cases when it believes its release could threaten national security. But the new rules are weak reforms to the way the doctrine was used during the Bush years, when it was invoked to shield government torture, detention, and rendition policies from outside scrutiny and frequently used to dismiss entire cases.

The new rules require the DOJ “be satisfied” that it has evidence for its assertion of the privilege, run its decision by an internal committee and the Attorney General, and consider turning over evidence of government wrongdoing to agency inspector generals when state secrets might otherwise “preclude the case from going forward.” But the executive branch retains the power to make the most important decisions about whether, when, and how it uses the privilege. That has raised speculation that the new rules may be an attempt to preempt legislation offered by three prominent Democrats that would totally overhaul the use of the doctrine.

“It seems intended to undercut and preempt legislation that would address the broader structural problem,” with the State Secrets claim, said Ben Wizner, an ACLU staff attorney who represented five rendition victims in a lawsuit against a Boeing subsidiary that allegedly served as the CIA’s travel agent for the agency’s extraordinary rendition program. (At one point their case was dismissed because the Bush administration claimed the State Secrets privilege.) Now, Wizner said, “The same executive branch that engages in torture and illegal surveillance and extraordinary rendition can, on the basis of an affidavit from the perpretatror himself, have a case thrown out.”

The Democrats proposing the State Secrets reform, Vermont’s Patrick Leahy and Wisconsin’s Russ Feingold in the Senate and New York’s Jerrold Nadler in the House, each released statements Wednesday responding to the White House’s move. Leahy said the rules marked “progress,” but worried that they did not go far enough. “I remain especially concerned with ensuring that the government make a substantial evidentiary showing to a federal judge in asserting the privilege,” he said, and expressed a hope that the administration would “work with Congress to establish this requirement.” Feingold said the new measure was “disappointing, because it still amounts to an approach of ‘just trust us.'” Nadler also criticized the move, warning that “these reforms fall short of what is necessary”:

“The heightened standard is designed in part to restore the confidence of Congress, civil liberties advocates and judges, who have criticized both the Bush White House and the Obama administration for excessive secrecy,” the Washington Post reported Tuesday. But neither members of Congress nor civil liberties advocates seem particularly confident. Even if the White House does win back the confidence of judges—no sure bet, since it’s been losing in one of the most important State Secrets cases, al-Haramain v. Obama—one out of three is pretty bad.