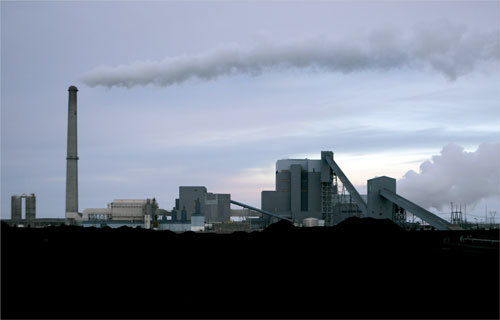 Editor’s Note: We’re happy to introduce the first weekly roundup from our friends over at TreeHugger. Enjoy!

First Global Warming Lawsuit Against US Polluters a Success
The 2nd Circuit Court of Appeals sides with coalition of states, New York City and environmental groups, who claimed that utilities’ emissions from coal-burning power plants were a public nuisance—opening the door for more lawsuits against industries contributing to climate change.

In anticipation of a unified climate bill coming out of Congress, and the curbs it will place on carbon-intensive power plants, utilities in Arizona and Nevada are putting plans for new coal-burning power plants on hold.

It’s Not Them, It’s Us: Developing World Population Growth Not Adding Much CO2
Populations may be rising rapidly in parts of Africa, but in terms of global warming impact, this pales in comparison to much slower growth in the developed world—52% of the world’s population contributing just 13% to growing carbon emissions. That’s about equal to the contribution of the US, which only had 3.4% of world population growth.

China Buys 80 Very High Speed Trains for $4 Billion
Is the future of high speed rail in China? The Chinese Ministry of Railways has announced that it will be buying 80 new trains from Bombardier. With a top speed of 236 mph, China hopes to speed the the head of the pack.

EU & US Try to Woo China Into Climate Deal—Propose Eliminating Import Tariffs on Green Goods
Green technology transfer is a key ask on the part of developing nations if they are to sign onto a post-Kyoto successor, not to mention deeper emission reduction pledges from industrial countries. The EU and US are meeting to discuss the first part of that, and it could mean billions of dollars for China.

World’s Largest Meat Exporter Says No More Amazon Deforestation Beef
JBS-Frisboi, the world’s largest exported of meat products (think 40,000 cattle processed each day) has agreed no source beef from areas of the Amazon recently deforested, and will implement a new tracking system along it’s supply chain, to back up those pledges.

Half of All Animal Species Will Be Extinct Within Your Lifetime, Unless Emissions Peak by 2020
The UK’s Met Office has released new climate change projections and the outlook is grim. Under business-as-usual scenarios global average temperature rise will hit 4°C by 2100—meaning half of the world’s animal and plant species face extinction. It gets worse: Under high emission growth scenarios, we hit that target by 2060.