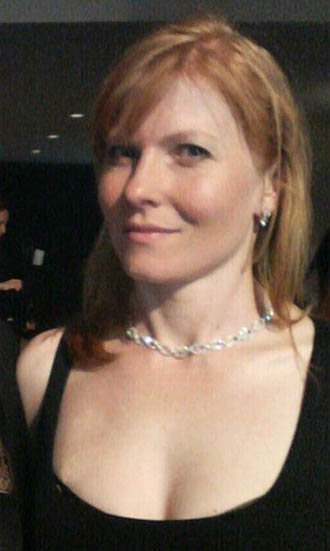 UPDATE: If you’re on Twitter, lots of conversation arose out of this piece. Keep up with it by checking out the new hashtag, #followwomenbloggers. Lots of great suggestions for smart, sassy women whose blogs you should follow.

After the release of The Shriver Report, which lauded our becoming “a woman’s nation,” the media have been abuzz with talk of the gender gap in the American workplace. Joanne Lipman, former deputy editor at the Wall Street Journal and founding editor in chief of the now-defunct Portfolio, wrote an op-ed tempering the soaring proclamations of progress. Then, yesterday, Vanity Fair released a feature by Nell Scovell, one of seven female writers to ever staff Late Night with David Letterman.

Scovell described what she had considered a hostile work environment and noted, of the late night gender imbalance, “There are more females serving on the United States Supreme Court than there are writing for Late Show with David Letterman, The Jay Leno Show, and The Tonight Show with Conan O’Brien combined.”

And that’s not all.

Last week, Technorati released its annual State of the Blogosphere report. Given that women rule the world of social networking, I was interested to find out that the opposite is true of the blogosphere. According to the report, 67 percent of bloggers are men—up a little from the year before.

That’s a worse gender imbalance than in American newsrooms, which is saying something. (Mother Jones is a rare exception—by my quick calculation, our editorial department is 61 percent female, but that’s hardly the case everywhere.) Women represent only 37 percent of American newspaper staffers, according the American Society of News Editors. And if newspapers are doomed and blogs are to take their place, then this can’t be good for the supposed diversity of voices we’re getting online.

So is there a glass ceiling in the blogosphere? Where are the female bloggers? That’s what I want to know. Does the gender gap have anything to do with our tendency to make conversations about prominent women way more personal than they should be—from worrying about whether Sarah Palin can handle her mommy responsibilities to, more recently, criticizing feminist blogger Jessica Valenti’s decision to marry? Here’s what Valenti had to say, on Feministing:

“I write about my life publicly, so I expect public feedback and criticism. But the level of nastiness I’ve seen recently, coupled with the complete disregard for the fact that I am an actual person with feelings—not a symbol of feminism, or fodder to make a political point—but a person, has made me realize that I’ve been naïve.

I’ve always felt that putting yourself out there—even if it means being more vulnerable—was a terrific way to show the nuance and complexity of feminism. And that making yourself more accessible was a way to make the sometimes-dense ideas of feminism more relatable. I knew this would make for a dangerous line to walk—that opening yourself up also means opening yourself up to hatefulness. And over the last five years that I’ve been blogging, that hatefulness has come through. But wonderful, amazing, supportive people have always counteracted it—and that made it worthwhile. But looking back, when I realize that some of the most important and joyful moments in my life have been poisoned by the cruelness of people I don’t even know…well, it just gives me pause.”

Anyone who’s blogged understands that, in the safety of online anonymity, the trolls will have their say, and you’re guaranteed to get feedback that goes way past the point of civil disagreement and into vicious attack. But is there something we especially love to hate about vocal women that gives them more reason to pause before broadcasting their thoughts in a blog?

Feel free to discuss. Just don’t attack me for asking.