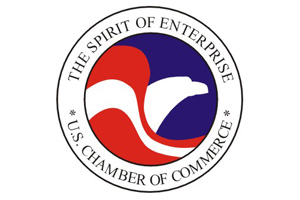 Amid all the recent headlines about the US Chamber of Commerce, it’s easy to forget that it does much more than work to derail climate legislation. The nation’s largest business lobby, with more than 3 million member companies, takes positions on everything from financial regulation to judicial nominations to health care. That’s why some companies that disagree with the Chamber’s antiregulatory climate stance say they’re sticking with the group. Their prepared statements start with some variation of: “We don’t always agree with the Chamber, but. . .”

To be sure, a company that has never staked much of its profits or reputation on the environment can reasonably claim that the Chamber’s dirty behavior isn’t a relationship breaker. But what about companies that manufacture solar panels or took out full-page ads in the green issue of Vanity Fair? Belonging to the Chamber would seem to undermine their bottom lines, or at least pull the rug out from under their green marketing campaigns.

According to the Natural Resources Defense Council, at least 18 remaining members of the Chamber’s board publicly support federal climate policy. Bruce Freed, the president of the Center for Public Accountability, a shareholder activism group, is urging them to distance themselves from the Chamber.  “Where there is a fundamental disagreement with company values, with company business strategies,” he says, “companies really do need to act on that. Its a matter of companies holding their trade associations accountable.”

Here are six “green” companies that might be hurting themselves by remaining members of the nation’s biggest stick in the mud on climate change:

The nation’s fifth largest bank, PNC controls a whopping $291 billion in assets, including a 35 percent stake in the high-profile investment group BlackRock. Its substantial pile of green is matched by the alacrity of its green rhetoric. “Over the past decade, we’ve become one of the most active companies in the nation when it comes to doing good for the environment,” says the PNC website. When world leaders recently discussed climate change at the G-20 summit in Pittsburgh, PNC’s hometown, the company gave them an eco-tour of its LEED-certified headquarters buildings. Moreover, BlackRock recently signed a statement calling for a global climate treaty that would slash emissions by 50 to 80 percent by 2050. “As one of the most progressive green companies in the nation,” PNC says, “we’re constantly looking for new ways to help the environment.”

Except, apparently, when it comes to using its considerable leverage inside the US Chamber of Commerce. PNC board member Donald J. Shepard is the past chair of the Chamber’s board of directors and current chair of its powerful Executive Committee. PNC declined to make him available for an interview or say if he has pushed to overturn the Chamber’s longstanding opposition to climate regulation. “It is unlikely that we would have anything to say about that at this moment,” said PNC spokesman Fred Solomon. “I think you are fishing for information that isn’t the kind of thing you’re going to get out of PNC.”

Alpha Technologies Inc, a member of the Chamber’s board of directors, manufactures solar panels that it says address the “growing concern” over climate change. Is Alpha concerned enough to raise a stink on the Chamber’s board? An Alpha spokesman didn’t return repeated calls. According to Alpha’s website, it also supplies AC power systems to “power plants, petrochemical plants, [and] gas and oil pipelines.”

Duke Energy, the large southern electric utility, is one of at least seven Chamber members—six of them members of the board–that are also members of the US Climate Action Partnership, a group that wrote the framework for the Waxman-Markey climate bill. According to an anonymous source, several of these USCAP members sat down recently with Chamber president Tom Donohue to ask him to change the Chamber’s climate stance but were rebuffed.  USCAP members PG&E, Exelon, and PNM Resources later quit the Chamber. But Duke Energy, General Electric, ConocoPhillips, Caterpillar, Siemens Corporation, Dow, and Alcoa have stayed on.

Duke’s role on the Chamber is even more inconsistent than that of most other USCAP members. Last month, the utility earned kudos from environmentalists when it quit the American Coalition for Clean Coal Electricity, a coal industry front group. “We believe ACCCE is constrained by influential member companies who will not support passing climate change legislation in 2009 or 2010,” the company said in a statement. Duke also cited differences over climate policy in leaving the National Association of Manufacturers earlier this year. But though the Chamber is likewise unlikely to back a climate bill, Duke is sitting tight.

“We think it’s important to stay a member because we do agree on some things,” said Duke Energy spokesman Tom Williams. But, he added: “I’m not saying we won’t do it [drop out]. We review memberships in all of our groups all the time.”

The front page of Siemens’ website features a panoramic photograph of windmills on a grassy plain. Clicking on the image reveals a US map studded with examples of the company’s work to save the planet: building the Smart Grid, helping a Manhattan skyscraper use 30 percent less energy than its neighbors, and, of course, manufacturing wind turbines. “We’re convinced that policymakers and industry alike must address climate change by actively pursuing integrated strategies,” says Siemens’ 2008 sustainability report. “For Siemens, this means driving forward our environmental program at every level, in every company unit and at all of our locations.”

All locations, that is, except the board of directors of the US Chamber of Commerce, where Siemens CEO George Nolen has a seat. Siemens, unlike some other members of USCAP, hasn’t publicly confronted or disavowed the Chamber’s approach. Of course, Siemens is also in the business of constructing oil drilling rigs and pipelines. A company spokesman did not return a call.

General Electric’s Ecoimagination campaign is much more than a marketing gimmick. Last year, its 80 climate-friendly Ecoimagination products–everything from wind turbines to halogen light bulbs–generated $17 billion in revenues. Next year GE plans to boost those earnings to $25 billion while investing $1.5 billion in cleaner R&D. It has also pledged to cut its own greenhouse gas emissions 1 percent below 2004 levels by 2012.  “Climate change requires a long-term path for significantly reducing greenhouse gas (GHG) emissions,” GE says on its website. “Developing more energy- and fuel-efficient products and technologies is an important step, as is rethinking our own operations to use resources wisely.”

But does rethinking its own operations include its use of the Chamber of Commerce? “We don’t see the sense of urgency that we believe is necessary in their views on climate legislation,” spokesman Peter O’Toole said, but added that GE didn’t want to leave the group because its agrees with its stance on health care and financial regulation. He also pointed out that many of GE’s industrial customers burn coal and other fossil fuels.

Asked if GE sits on the Chamber’s 60-member Energy and Environment committee, which is supposed to oversee its climate policies, O’Toole didn’t know. “If the answer is yes, I would 100 percent guarantee. . .that we advocate loudly and vigorously in any meeting of the Chamber for urgent action on the climate,” he said. After pledging to investigate GE’s membership on the committee and the actions it took there, he never called back.

In May Johnson & Johnson and Nike sent a letter to the Chamber asking it to refrain from speaking about climate change unless its comments reflect “the full range of views” of its members. Yet the Chamber went right on speaking out against climate legislation while insisting that it represented “more than 3 million businesses and organizations of every size, sector, and region.” Exasperated, Nike quit the Chamber’s board late last month in a strongly-worded letter. Johnson & Johnson’s response has been more tepid.

Johnson & Johnson exhibited courage in challenging the powerful Chamber, but that might not be enough for its more eco-minded customers. Presumably, it’s still funding the Chamber’s activities through its dues. A non-irritating baby shampoo is nice. Seeing that baby inherit a non-irritating climate is even better.