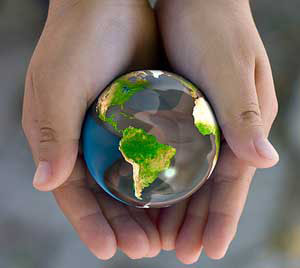 Over the next two weeks, world leaders will gather in Copenhagen to discuss the future of the planet. We already know that the summit will only produce a political agreement, not a binding treaty. But that doesn’t mean the conference will be a total wash. Here’s what the historic meeting in Denmark can—and should—accomplish.

The White House’s surprise announcement late Friday afternoon that the president will delay his arrival until the conference’s final day on December 18—rather than December 9, as he’d previously planned—is a very good sign. It’s unlikely Obama would risk a repeat of his failed Olympics pitch in October if there was any danger that negotiations would fall through. His late appearance signals that the administration is confident that the assembled leaders can hammer out a solid deal.

In a call with reporters before the conference, Yvo de Boer, executive secretary of the United Nations Framework Convention on Climate Change (UNFCCC), outlined a set of goals that might be considered as a best-case scenario for the meeting. The 192 participating nations must agree on three major points, de Boer said. First, developed and developing countries need to set targets for substantial emissions cuts to be made by 2020 and 2050. Recently, the US promised to cut emissions to somewhere “in the range of 17 percent” below 2005 levels by 2020, and China promised to reduce its carbon intensity—the amount of greenhouse gas emitted per unit of gross domestic product—by up to 45 percent below 2005 levels by 2020. This is a good start, said de Boer, but it doesn’t go far enough. “The targets being offered by industrialized countries are not yet where we need to be in terms of what science says we need,” he said.

Second, negotiators should specify steps that developed and developing countries will take to begin cutting emissions immediately after the conference.

And third, the summit must agree on how much money rich nations will contribute to help poor ones adapt to climate change and adopt cleaner forms of energy—along with a plan for how the money will be raised. De Boer argued that a final agreement on a dollar figure is not essential, but it’s imperative for countries to settle on what rich nations will provide in the short term. He suggested a commitment of about $10 billion for 2010-2011—a figure that the White House embraced in a press release on Friday. “The United States will pay its fair share of that amount and other countries will make substantial commitments as well,” said the White House statement.

The question of climate aid is crucial in order to get developing countries to sign on to any final agreement—and they will insist that contributions must consist of new money, not funds siphoned from existing aid projects. (Over the long term, the United Nations has estimated that poor countries need as much as $170 billion per year to adapt to climate change.)

The other looming question mark is what comes after Copenhagen. Connie Hedegaard, Denmark’s minister of climate and energy, wants the summit to produce a timeframe for reaching a final, binding deal. That deadline should be “as soon as possible in 2010,” Hedegaard said last week. The two possible options are mid-year at Bonn or the next annual UNFCCC summit in Mexico City later in the year.

Of course, for environmentalists these expectations have been drastically scaled back from earlier hopes. But some veteran negotiators argue that it may ultimately be easier to build on a modest agreement rather than attempt to enforce a more sweeping accord. “You can always strengthen [an agreement] later,” said Richard J. Smith, a former deputy assistant secretary in the State Department’s Bureau of Oceans and International Environmental and Scientific Affairs and the author of a book chronicling eight successful international environmental negotiations. Speaking at a recent event, he added that it would be unwise to “force countries to go beyond where they’re ready to go now.”

Smith pointed to the Montreal Protocol—which sought to limit substances that deplete the ozone layer—as the most successful environmental treaty ever signed. When the agreement was reached in 1987, the initial targets were weaker than many parties wanted. Within three years, however, world leaders strengthened the rules after they realized that the restrictions hadn’t hurt the global economy. The treaty was bolstered again in 2007.

Similarly, Tim Wirth, a former senator from Colorado and a Kyoto treaty negotiator who is now president of the United Nations Foundation, cautioned that US negotiators should be careful not to put the White House in the “Kyoto box“—referring to the 1997 talks in which Clinton administration negotiators signed on to a treaty that the Senate rejected.  Frank Loy, who served as under secretary for global affairs in the State Department from 1998 to 2001, cautioned against ironclad commitments for the same reason. “If I’m a senator…I want to be able to say I voted for this because it’s good for America or good for my state—not that I didn’t have a choice because we agreed to it in Copenhagen,” said Loy. “That’s why I’m not very anxious to get too far ahead of the Congress.”

For US negotiators, even de Boer’s circumscribed goals will require some delicate political footwork. The White House deliberately preserved some flexibility by indicating that it would commit to reductions “in the range of 17 percent” below 2005 levels by 2020. Yet at least one Democratic senator and many more Republicans are incensed at the idea of Obama making even this aspirational pledge without the Senate’s explicit consent. However, Sen. John Kerry (D-Mass), who is leading an effort to build cross-party support for climate legislation, insisted Obama’s goal is in a “very clear ballpark of where we are going to come out.” “We’re all very comfortable up here [with Obama’s pledge],” said Kerry.

Still, a successful summit is by no means certain. When the Danish government issued a draft text last week of what a model agreement might look like, it was rejected by China, India, Brazil and South Africa on the grounds that it asked too much of developing nations and not enough of richer ones. Given that expectations for the summit have already been so radically curtailed, the assembled leaders must emerge with a clear and ambitious roadmap on both emissions and financing. Otherwise Copenhagen will be a failure by any measure.