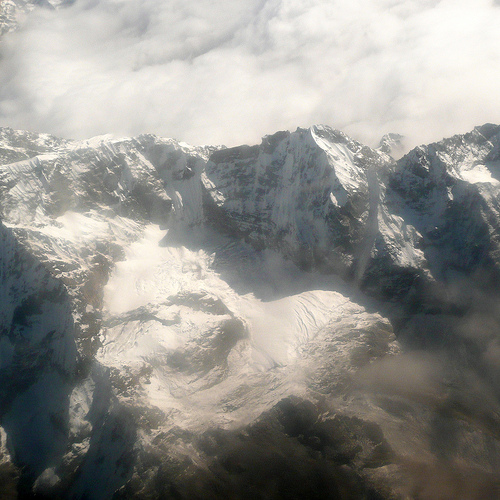 Climate skeptics are frothing at the mouth over the Intergovernmental Panel on Climate Change’s admission this week that it relied on inadequate source material when it claimed in its annual report that the Himalayan glaciers would melt away by 2035. But while this assessment may have been an exaggeration, it doesn’t change the fact that the glaciers are melting—and fast.

The IPCC’s 2007 report stated that, “Glaciers in the Himalaya are receding faster than in any other part of the world and, if the present rate continues, the likelihood of them disappearing by the year 2035 and perhaps sooner is very high if the Earth keeps warming at the current rate.”

But it turns out this claim comes from a 2005 report from the World Wildlife Fund, which was in turn based on a quote from a glacier specialist in a 1999 article in The New Scientist. Even worse, the glacier specialist says he was misquoted. While he did say that the glaciers are on the decline, he says he never offered a firm date for their demise. He also said he was referring only to the glaciers in the central and eastern Himalayas, not the entire mountain range.

It’s bad enough that the IPCC bungled such a key fact wrong. But more problematic is the relevation that the IPCC’s judgement on the glaciers was not based on peer-reviewed research and was not properly vetted. Instead, it apparently hinged on a report from an environmental group that rested on a single quote in a decade-old magazine article. The IPCC has acknowledged in a statement that the claim was “poorly substantiated” and that “well-established standards of evidence were not applied properly.” Christopher Field, co-chairman of the panel subgroup responsible for the report, said that the IPCC “considers this a very serious issue and we’re working very hard to set the record straight as soon as we can.”

Still, this episode doesn’t change the fact that a) the majority of the world’s glaciers are retreating b) in the foreseeable future, we will witness significant decline of glaciers around the world and c) man-made emissions are causing this to happen. The World Glacier Monitoring Service’s 2005 global survey of 442 glaciers found that 398 of them were declining.

“Over the last 30 years I’ve watched many glaciers shrink in South America. But it’s not just isolated to that continent—it’s happening globally in Europe, North America, China, and the Himalayas. More than 90 percent of the world’s glaciers are receding,” said Lonnie Thompson, a research scientist and glaciologist at Ohio State University, in a statement this week. And according to a 2008 study co-authored by Thompson, the Himalayas appear to be warming twice as fast as the rest of the world.

So while the IPCC’s error is embarrassing, it doesn’t change the fact that human activity threatens to melt most of the world’s glaciers in the not-so-distant future—just not quite as soon as this particular report claimed.