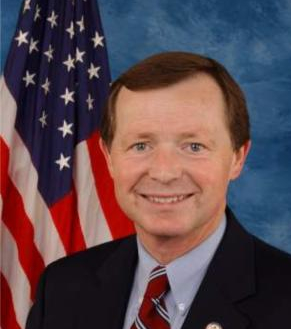 The Environmental Protection Agency is preparing to regulate greenhouse gas emissions under the Clean Air Act. But on Friday night, coal-friendly North Dakota Democrat Rep. Earl Pomeroy introduced a new bill that would block the agency from doing so. This isn’t the first congressional attempt to prevent the EPA from doing its job: Lisa Murkowski (R-Alaska) is working on similar legislation in the Senate.

But Pomeroy’s move is the first such ploy from a Democrat—and the wording of his measure is far more sweeping. While Murkowski has sought merely to delay EPA action by a year and cut off funds that would be used to regulate emissions, Pomeroy’s bill would amend the Clean Air Act to exclude greenhouse gases altogether—a wholesale revision of the primary law governing air pollution in the United States.

The Clean Air Act, passed in 1970 and updated in 1990, was designed to regulate airborne pollutants from automobiles, power plants, refineries, and other significant pollution sources. In 2007 the Supreme Court ruled in Massachusetts v. EPA that the agency not only could regulate greenhouse gases under the existing law if they were found to be a hazard to human health, but that the agency has an obligation to do so. Last month EPA issued a final rule that greenhouse gases do in fact imperil human health, triggering regulation.

The EPA is expected to release rules on automobile emissions in March, followed by rules for stationary emitters like power plants and factories. The agency has already issued a preliminary “tailoring” rule that narrow the scope of its regulations to the biggest polluters—those emitting more than 25,000 tons of greenhouse gas each year. Polluters would have to demonstrate that they have installed the best available technologies to control emissions in order to obtain an operating permit.

Pomeroy is arguing that such technologies are “unproven or incredibly expensive” and could effectively make “make new coal facilities impossible to build.” (The rule would cover North Dakota’s seven coal fired power plants and the Tesoro oil refinery, among other industries.) “Regulation of greenhouse gas emissions under the current provisions of the Clean Air Act is irresponsible and just plain wrong,” said Pomeroy in a statement. “I am not about to let some Washington bureaucrat dictate new public policy that will raise our electricity rates and put at risk the thousands of coal-related jobs in our state.”

It’s true that the Clean Air Act wasn’t originally intended to regulate greenhouse gas emissions. But the legislation also gave the EPA some flexibility to examine types of emissions and their impacts and regulate accordingly. There is pretty wide agreement among both advocates and opponents of climate action that the Clean Air Act is not the ideal method of regulating carbon emissions. But it is one legal tool available in the absence of a new law that tackles planet-warming pollution head-on. Environmental groups, the Obama administration and EPA administrator Lisa Jackson have  argued repeatedly that Congress should pass a new law soon to avoid the prospect of the EPA going it alone.

While Pomeroy appears to be arguing that EPA regulations should be blocked to give Congress more time to pass a climate bill, that’s not really what he wants. When given the opportunity to support the Waxman-Markey cap-and-trade bill last June, North Dakota Democrat voted against the measure. He has exhibited little interest in any law that might crack down on the coal and oil industries.

Pomeroy’s bill probably won’t get a lot of traction in the House, but it does show that attacks on the EPA’s authority to regulate emissions are coming from both Democrats and Republicans — and there are probably only going to be more of them as the agency moves forward with regulations.