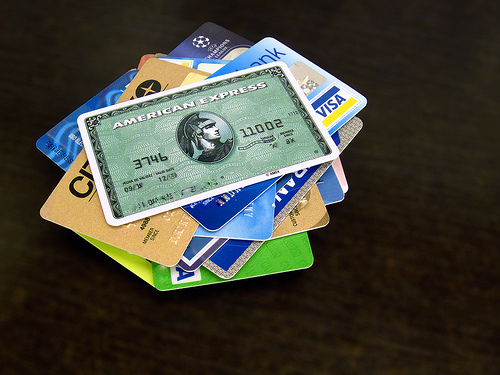 On Monday, the second phase of the Credit Card Accountability Responsibility and Disclosure Act of 2009—a major overhaul that boosts safeguards against unfair interest-rate hikes, excessive penalties, and other predatory practices—goes into effect, so of course big banks are doing their best to shift the cost of these new changes onto consumers themselves through higher rates and tricky new fees. Among its many provisions, the Credit CARD Act, as it’s called, will require credit card issuers to offer fair notice of changes in interest rates, ban universal default practices, and let consumers opt in to overdraft protection. The first phase of the CARD Act went into effect last fall; the third and final phase is slated for late August. Not to be outdone, though, banks are ensuring the burden of these new regulations don’t fall on them.

Citigroup, for instance, recently sent letters to many of its Citi Card customers informing them of a new annual fee of $60. The only way to avoid that fee, the letter says, is to either spend more than $2,400 each year, after which the fee would be credited back to cardholders, or to pay off your debts and close the account. A Citigroup spokesman said the fee was “necessary given the increasing costs of doing business.” The message, of course, is simple: Spend more money through the bank, which in turn increases the likelihood Citigroup will collect late fees and other charges, or take your business elsewhere. As one Citi Card holder told Mother Jones, “What they’re doing is getting rid of prudent customers.”

And that’s just one example of what banks and credit card companies are up to in reaction to legislation like the Credit CARD Act. According to IndexCreditCards.com, a comprehensive site with data on credit card offerings, interest rates for consumers jumped by 0.42 percentage points in the past month, and the average rate offered to new customers, 16.7 percent, is the highest since 2005, with rates for both reward and non-reward cards continuing to climb. “We’re clearly seeing one of the unintended consequences of the new law,” IndexCreditCards.com founder Adam Jusko said in a statement. “We seem to be going from a marketplace in which a relatively few cardholders got into deep trouble to one in which the misery is more evenly spread.”

What consumer advocates hope, however, is that the savings from the CARD Act will outweigh the banking industry’s efforts to pass costs along to consumers. By cutting retroactive rate increases and “hair-trigger” penalty interest rates, the CARD Act could save consumers more than $10 billion a year, according to the Pew Charitable Trust’s Safe Credit Cards Project. Pew also is pushing for an overhaul of late fees charged to cardholders, which the organization says are far too excessive right now. “We are seeing instances where Americans are being charged excessive penalties for exceeding their credit limits by even one dollar,” Nick Bourke, the head of the Safe Credit Cards Project, said recently. “A $39 fee for exceeding a credit limit by just a few dollars, or for missing a $70 minimum payment deadline by a few hours, is difficult to justify as ‘reasonable’ or ‘proportional’ under the factors identified in the new law.”

In late August, the Federal Reserve will issue a definition of what “reasonable and proportional” penalties for credit cards should be, which will be the third and final phase of the CARD Act. “We encourage regulators to implement strong rules that directly address disproportionate penalties,” says Pew’s Bourke.