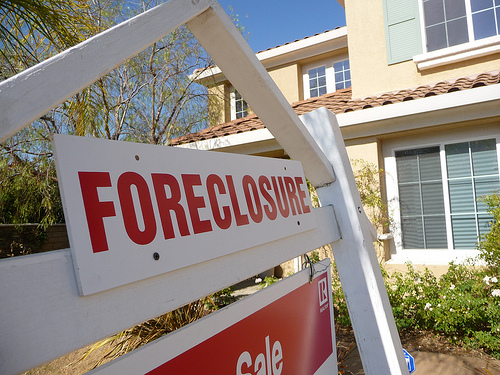 Talk about timing. A day after Congress excoriated the Obama administration’s multibillion-dollar foreclosure rescue, and after many months’ worth of criticism and hand-wringing, the administration rolled out today a revamped plan to help beleaguered homeowners and try to slow the pace of foreclosures, after a record-breaking 2.8 million were filed last year.

It’s a multi-pronged plan, and here are the details:

If you’re out of work…then this plan could help you. Specifically, servicers are required to lower payments for unemployed borrowers to 31 percent or less of your income, which is likely comprised of unemployment payments. So your payments would drop to about a third of your monthly unemployment cash. That period of lower payments can last from three to six months, during which time the hope is that the unemployed can find work. If you do, then you’re also eligible for a modification under Obama’s flagship modification program, the Home Affordable Modification Program. If you don’t find work, then you could, under the administration’s plans, try to short-sell or try a deed-in-lieu with your bank, both as a means to avoid foreclosure. This part of the program is slated to be up and running within a few months.

If you’re “underwater,” owning more than your house is worth…then this plan could help you. If your house is worth at least 15 percent less than your first mortgage amount, then your servicer has the option of writing down principal on your loan until your payments are lowered to a third of your income. As long as you stay current on those new payments, the servicer will forgive that principal over a span of three years. The principal writedown, however, is not mandatory—the administration is incentiving it by dangling payments to servicers for writedowns, but they’re not required to do any at all. In some cases, the investors who own parts of your mortgage may not allow principal writedowns, which poses an additional hurdle.

As part of the writedown option, you can have your loan refinanced through the Federal Housing Administration to lower the principal amount and your payments. The refi would convert your loan into an FHA-insured mortgage. (If your mortgage is already FHA-insured, then you don’t have this option.) The FHA refi plan will come into effect this fall, the administration says, and is not mandatory, either. It’s up to investors and lenders to agree to lower the principal in a refinance plan.

On the face of it, the administration’s decision to bulk up its homeowner relief efforts is laudable, insomuch as they’re better than nothing. They recognize that the 11 million “underwater” homeowners pose a huge problem to the housing market’s—and the economy’s—recovery, and that unemployment underpins most of the defaults and foreclosures happening today. They also saw that HAMP, their centerpiece housing program, has mostly been a bust and needed major changes.

These latest tweaks, though, seem to suffer from the same underlying philosophy that’s dogged HAMP: Paying the people who created the housing mess is the way to clean that mess up. Most of the new changes announced today are voluntary, at the investor’s and servicer’s discretion; and as consumer and housing advocates have repeatedly said, when the program’s central tenets are voluntary, it doesn’t appear to work all that well. “We remain concerned that even these new, improved programs remain voluntary,” said Michael Calhoun, president of the Center for Responsible Lending. “It’s important to understand that the entire Making Home Affordable program and FHA refinancing system relies on incentives without any mandates—we have carrots, but no sticks.” Added John Taylor, president and CEO of the National Community Reinvestment Coalition: “I will be pleasantly shocked if investors step up for half a million borrowers. The real acceleration in the number of foreclosures prevented will come with mandatory principal writedowns.”

Only time will tell whether these mostly voluntary efforts succeed or not. With more than 300,000 foreclosures filed each month in 2010, let’s hope the administration gets it right this time around.