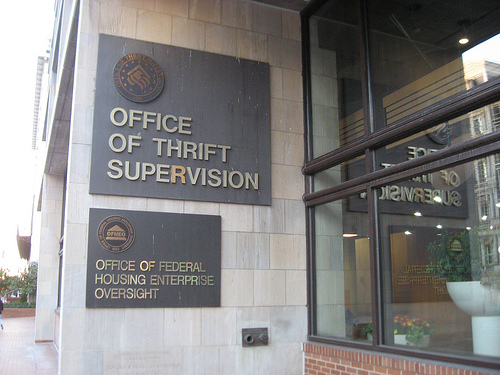 That’s a question looming large over the debate in Congress on how best to rewrite the rules of our financial system. Given the failures of regulators like the Securities and Exchange Commission (Bernie Madoff), the Federal Reserve (subprime lending), and plenty more, you’d think lawmakers and government technocrats would want to dummy-proof financial regulation as much as possible. Yet as the bill looks now, it keeps a tremendous amount of power with the same cast of characters who missed the meltdown in the first place. Case in point: the proposed Financial Stability Oversight Council, intended to prevent too-big- or too-interconnected-to-fail banks from collapsing, which would be staffed by, well, the Fed, Treasury, SEC, Office of the Comptroller of the Currency, and all the familiar faces.

If politicians needed any more proof that shuffling existing regulators won’t fix the fundamental problems, then this week’s autopsy of Washington Mutual, the largest bank failure in US history, should suffice. Over several hearings and press briefings this week, the Senate investigations subcommittee, led by Carl Levin (D-MI) and Tom Coburn (R-Okla.), has dissected how WaMu and its former subprime subsidiary, Long Beach Mortgage, created a “mortgage time bomb” and fed the voracious mortgage securitization machine on Wall Street. Moreover, Levin and Coburn’s teams examined how WaMu’s principal regulator, the Office of Thrift Supervision, utterly failed in every single one of its duties: OTS failed to crack down on the bank’s abysmal lending practices; allowed WaMu to churn out bogus option ARM mortgages worth hundreds of billions of dollars; and treated WaMu like a buddy and not a bank to be reined in. Not only that, OTS even blocked another regulator, the FDIC, from trying to get a peek at WaMu’s toxic holdings.

The Senate’s investigation reads like an exercise in folly. In emails, examiner reports, and other communications, OTS repeatedly spotlighted the bank’s pitiful standards and practices. Yet for years the regulator failed to do anything. No enforcement actions, fines, required board resolutions. Nothing. OTS was supposed to be a firefighter, ready to rush into action at the first sign of trouble, Levin told reporters yesterday. Instead, “it stood and watched idly while the incendiary threat grew wider and wider.”

Underpinning the OTS’ hands-off approach was the bank’s cozy relationship with WaMu. As Levin explained, OTS derives its funding from fees it assesses on the banks it regulates; WaMu, it turns out, was a huge source of revenue for OTS, posing a blatant conflict of interest for the regulator. This led to a relationship, emails and reports cited in Levin and Coburn’s report show, in which the OTS viewed WaMu not as someone to be scrutinized but as a “constituent” and a customer. “Regulations only work if regulators stay at arm’s length from people they regulate,” Levin said. OTS, on the other hand, worked “arm in arm” with WaMu.

The evidence dug up by the Senate subcommittee is damning, and it painfully illustrates a classic case of regulatory capture. If anything, it’s proof that new financial rules crafted by Congress and the White House need to be regulator-proof; that means limits on risk levels, mandatory amounts of cash to absorb losses, and outright bans on tricky products, among others. Anything else, the Senate’s findings suggest, will lead to plenty more OTS-WaMu debacles in the future.