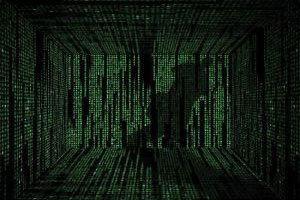 This week, the DC Circuit Court of Appeals dealt what looked like a deathblow to “net neutrality,” the principle that Internet providers shouldn’t get to pick and choose which information moves quickest over the web. The Federal Communications Commission (FCC) has one last chance to prevent these companies from fundamentally changing how the Internet works—and not for the better. But will the commissioners take on the telecoms?

For years, giant Internet service providers like Comcast and Verizon have wanted to erect “fast lanes” and “slow lanes” on the web. They say this is necessary to prevent file-sharers and heavy bandwidth users from slowing down the Internet for everyone else. But without strict net neutrality rules requiring ISPs to treat all content equally, there’s nothing to stop them from radically reordering how the internet works. Comcast and other providers could speed up some sites and services and slow down others—a practice known as “throttling”—unless the hosts or ISP customers cough up more money.

The court fight started last year, when the FCC discovered that one of the biggest Internet providers, Comcast, was slowing down traffic to the file-sharing service BitTorrent. The agency ordered Comcast to stop, ruling that the company couldn’t discriminate against specific types of information. Comcast sued, saying that the FCC didn’t have the authority to enforce net neutrality. On Tuesday, Comcast won: a federal appeals court threw out the FCC’s order. Marvin Ammori, a lawyer and law professor who argued against Comcast, compares the ruling to the massively unpopular Citizens United decision that opened up political campaigns to unlimited corporate spending. The bottom line, he says, is that “the FCC no longer has the power to regulate or protect consumers in the basic medium of our privacy and speech.”

The ruling doesn’t just affect the ISPs’ ability to control load times. It could also allow them to restrict what information you get for your monthly broadband payment. In the worst-case scenario, Internet providers could require you to buy access to websites in “packages”—a social networking “package” with Facebook and MySpace, a sports package with ESPN.com and Rivals.com, or a music package with Last.fm and Pandora. Instead of today’s “Wild West,” the future Internet might look more like cable television.

If the FCC wants to avoid that, it has three options. It could appeal Tuesday’s ruling to the Supreme Court. But Comcast has already won once, and the litigation could take years. The agency could ask Congress to give it more power to enforce net neutrality. That’s what a bill proposed by Reps. Ed Markey (D-Mass), Anna Eshoo (D-Calif), and Henry Waxman (D-Calif.) would do. But the telecoms have enormous influence on both parties—since 1989, AT&T has spent more on national politics than any other company, union, or special interest. Even if the legislation cleared the House, it would likely stall in the Senate.

Robb Topolski, a fellow at the New America Foundation who first discovered that Comcast was throttling content, says that the FCC has a third option called “reclassification.” It’s probably net neutrality’s last hope.

During the Bush administration, the FCC decided, rather illogically, that broadband service should be regulated more like Facebook or Twitter (information services) than like a phone system (which is a telecommunications network). The FCC has limited power to regulate information services. But it has broad powers to regulate telecommunications networks. If the agency reclassifies Internet services, it could easily implement net neutrality rules.

Of course, the telecoms are likely to fight any attempt to preserve net neutrality. The appeal of reclassification is that it’s far less complicated than winning a Supreme Court case or marshaling 60 votes in the Senate. Three of the FCC’s five commissioners have already expressed support for net neutrality. All that’s needed to make reclassification happen is for those commissioners to keep their word.

Genachowski’s role will be crucial. He’s an old friend of President Barack Obama, who reiterated his commitment to net neutrality on Tuesday. If Obama endorses a move to reclassify the Internet as a telecommunications network, Genachowski and the other two pro-neutrality commissioners will probably come along. If Obama backs off from the fight, it’ll be tougher for the commissioners to defy the telecoms. And if that happens, the Internet will never be the same.