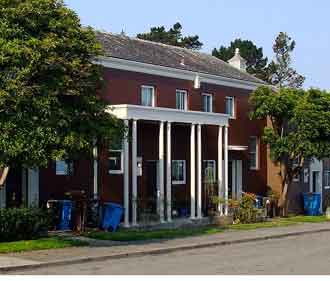 In yet another blow to the nation’s affordable-housing stock, Stellar Management, star of our July/August 2009 story “Mortage Default: Landlord Edition,” announced that it will go into default on Parkmerced, a 3,000-unit San Francisco housing project that Stellar purchased a few years back with the goal of remodeling and building new market-rate units.

“We will be facing challenges in the next couple of months,” Stellar spokesman PJ Johnston told the Chron. “This may cause some anxiety to some residents. But we are reassuring them this will not impact their daily lives here. We’re still committed to this project.”

Stellar and it’s owner, Larry Gluck, are poster children for a financial tactic critics call “predatory equity”—a little-known trend of the past decade wherein private equity funds bought up housing developments and took out huge interest-only loans on them—often withdrawing tens of millions in cash in the process. They would then remodel the buildings as part of a strategy to drive up rents and flip the projects at a fat profit. MoJo contributor Adam Matthews described how this worked with another Stellar project, a group of Harlem high-rises known as Riverton Homes:

Gluck purchased Riverton Houses for $131 million in late 2005. Nearly all of them lived in rent-stabilized flats, paying an average of $894, while one-bedrooms in nearby areas like Central Harlem rented for $1,400 and up. Gluck reassured residents, though: He was just a regular guy from the Bronx who only hoped to upgrade their buildings.

But Gluck told the Securities and Exchange Commission (SEC) the full story when he borrowed $250 million against the complex the following December. By 2011, his prospectus estimated, half the tenants would pay nearly triple the old, stabilized rates. His company, Stellar Management, did set aside millions to redo bathrooms and outfit kitchens with stainless steel and granite—but those improvements were to entice residents to accept rent increases.

But then came the bust, and Riverton Homes went into default. In March, the Chronicle notes, it was sold to Wells Fargo for $125 million. But Gluck and his partners made out anyway, as Matthews explains:

Unlike ordinary people caught up in foreclosure proceedings, Gluck and his partners have made a fortune off Riverton Houses. Just as homeowners often take out some extra cash when they refinance a property, team Gluck pulled out $67 million—the high-roller version of cash at closing.

A homeowner would be on the hook for that extra cash, but Gluck’s group purchased Riverton through a limited liability shell company, which allows it to shelter its refinancing windfall in case of a default. Minus the down payment, the partners walk away with nearly $42 million.

The Chron quotes Ted Gullicksen, director of the San Francisco Tenants Union, saying that Parkmerced tenants will be protected: Simply because the company is in trouble doesn’t mean it can raise rents or evict people without just cause.

Yet landlords have other ways of making life difficult for tenants of rent-stabilized units. They can shirk on building maintenance, for instance, and delay appliance repairs. (I experienced this directly as a college student living in a rent-controlled apartment building in the late 1980s.) In fact, Parkmerced residents complained about upkeep to Matthews, and the bust seems to be contributing to this sort of thing:

Deals by Gluck and other big players have stripped the equity from many of New York’s developments; roughly 70,000 affordable units are overleveraged, says Dina Levy, a tenant organizer with the city’s Urban Homesteading Assistance Board. (Levy even knows of one development where residents, many of them city employees, are being driven out by real estate companies financed by their own pension funds.) Saddled with oversize mortgages, cash-strapped buildings scrimp on basic maintenance. In December [2008], New York Sen. Charles Schumer urged the SEC to investigate, calling the situation “subprime crisis 2.0.”