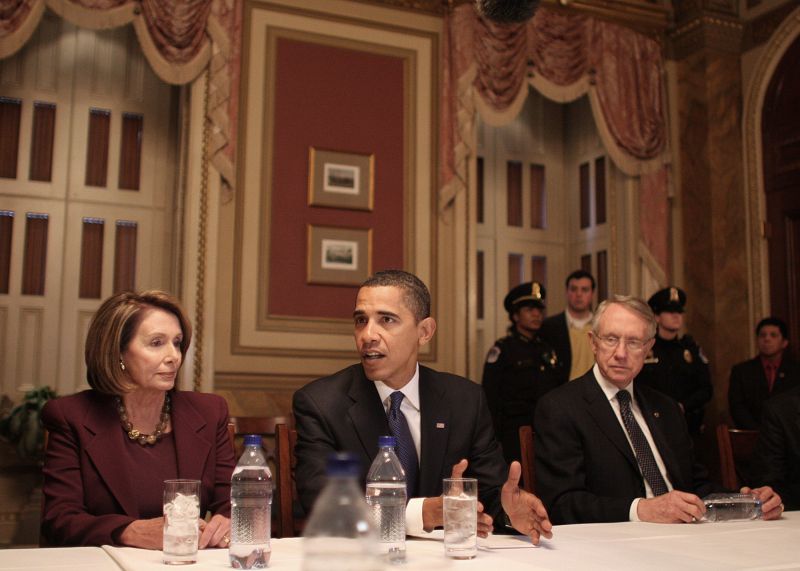 A new CBS News poll out last night reveals approval levels have declined to an all-time, basement low for Obama’s Democratic Party, with only 37 percent of those polled saying they have a favorable view of the Dems. That’s a decrease of 20 percentage points in the past year. Then again, Republican Party’s image isn’t much better, either: 33 percent approve of Michael “Keepin’ It Real” Steele and Co. And in the “unfavorable” view category, it’s a neck-and-neck race between which party gets the mantle of most loathed by American populace so sick of Washington the name evokes disgust and resentment—55 percent of Americans have a negative view of the GOP, and 54 percent say the same about Democrats.

The conclusion here is obvious: If you’re a candidate running for national or even state political office, you basically have to do everything you can to separate yourself from the folks in Washington, casting yourself in the starkest terms possible as an outsider untainted by the influence and money of modern-day politics. Take Rory Reid, a gubernatorial candidate in Nevada and the son of Senate Majority Leader Harry Reid (D-Nev.). The other day I was clicking around Reid’s site, reading up on his ambitious new education reform plan. Then it hit me: You’d never know that Rory was the son of Harry from reading Rory’s website. The only mention I could find of papa Reid was in a smattering of press clippings posted on the site. As one Nevadan wrote me in an email recently, “it doesn’t take a rocket scientist to see the negative effects that could arise from such a relationship.”

Back to the CBS poll. While the broad political data is mostly predictable, the economic-related results are more telling. For instance, 59 percent of respondents said Wall Street has undue influence on Washington. That’s a no-brainer—consider that the finance, insurance, and real estate (or FIRE) sector has spent more than $4 billion lobbying Washington in the last decade or so. And when Washington had the chance to beat back the Wall Street influence machine by limiting the size of big banks, constraining not just their financial size but the size of their political influence, too, the Senate failed to act and the White House did nothing. And there’s little chance the House and Senate together will revive that idea.

What’s more, the poll shows the public strongly backs government support for homeowners—but not bank bailouts. Which means the Obama administration has it all backward: It’s poured billions of dollars and plenty of political capital into the massively unpopular bailouts; but the program that could win them public support, the Making Home Affordable program, the Treasury’s homeowner rescue, has been a complete mess. Some would say a failure.

Indeed, with the perilous state of the economy still looming large on the minds of Americans (eight of 10 told CBS the economy remained in bad shape), the administration’s inability to help homeowners as it helped the banks could prove disastrous in this fall’s elections.