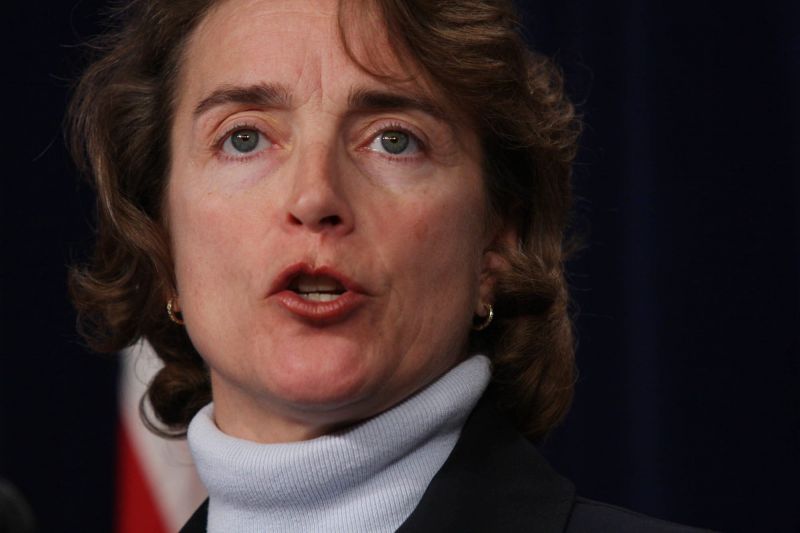 Sen. Blanche Lincoln (D-Ark.) can add a new group to her growing list of opponents in Washington and on Wall Street: House Democrats, led by Rep. Michael McMahon (D-NY). McMahon, Bloomberg reports, is leading a bloc of Democrats who want to kill the toughest of Lincoln’s derivatives regulation proposals—namely, forcing big banks to break off their “swaps” desks. “The House bill is based on principles on how to reduce risk and make the system more transparent,” McMahon said, “it’s not based on wiping out the system or destroying the system and that’s what the provision does.”

The swaps trading desks that Lincoln wants to cut out of banks are highly profitable operations that trade complex financial products like derivatives, whose value depends on that of an underlying asset (wheat, oil, or a stock). Lincoln believes these trading desks are too risky to remain in taxpayer-backed banks. Her demand to make banks convert their swaps desks into separate subsidiaries or divest them altogether, and her fight to keep that provision in the Senate’s financial reform bill, has earned her plenty of opponents in addition to McMahon—all of Wall Street, Treasury Secretary Tim Geithner, Senate banking committee chair Chris Dodd (D-Conn.), former Federal Reserve chairman Paul Volcker, and a slew of others. Indeed, Dodd briefly flirted with the idea of killing Lincoln’s provision while the Senate was still negotating its own bill earlier this month, but Lincoln demanded the provision remain—which it did.

Another House Democrat, Gary Ackerman of New York, wrote to top House leaders to warn them of the consequences of Lincoln’s swaps desk proposal, Bloomberg noted. “We are deeply concerned by the very real possibility that, as a result of the Senate derivatives provision, America’s largest financial institutions will move their $600 trillion derivatives businesses overseas, at the expense of both New York’s and the United States’ economy,” Ackerman wrote.

Complicating the debate on Lincoln’s proposal is her midterm election this fall. Senate lawmakers had held off on fighting over the provision last week to avoid hurting Lincoln’s chances in her Democratic primary race against progressive candidate Bill Halter. In the primary, though, neither Democratic candidate secured 50 percent of the vote, leading to a June 8 run-off and prolonging the uncertainty over whether Lincoln’s rule would survive or not. There’s no doubt that Lincoln will continue fighting for her swaps desk rule at least until that run-off to maintain her unrelenting stance toward regulating Wall Street. The question is whether Lincoln, now largely on her own, can withhold the barrage of criticism and opposition that grows by the day.