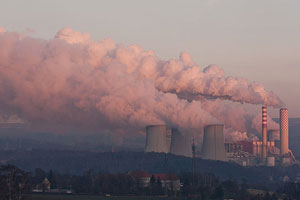 JPMorgan Chase, the powerful denizen of Wall Street, recently announced yet another lucrative quarter for the bank. $28.2 billion in revenue. $3.3 billion in profit, a 55 percent increase from a year ago. The results laid to rest any lingering doubts about JPMorgan’s health and rebound from the financial crisis, and when considered alongside the resurgent profitability at, say, Goldman Sachs, showed that the Street has in many cases come full

All but forgotten in the banks’ fight to scramble back into the black was an agreement forged earlier in 2008, a pact among big banks to shine a light on their financial deals involving dirty investments and to potentially move that money into greener, sustainable projects. The agreement was called the “Carbon Principles,” and it has essentially fallen by the wayside in the past two years. Whether these banks renew their pledges to shift financing to renewable projects remains to be seen, but in the interim, as I report below, lucrative financing for dirty energy projects throughout the world continues unabated.

ABN AMRO
(Equator Principles)
MOUTH: “Among the achievements of the Equator Principles is the demonstration that competitors are willing, able, and happy to collaborate for the health of the planet.” Huibert Boumeester, managing board member (2006).
MONEY: After signing Equator Principles, became lead arranger for a $2 billion loan to Russian energy giant Gazprom’s vast Sakhalin II oil and gas project; later, helped finance a $1 billion loan for a new coal plant in Chile, built by American power company AES.

Bank of America
(Carbon and Equator Principles)
MOUTH: “Helping our nation reduce greenhouse gas emissions is not only the right thing for our planet, but it is also smart business—and Bank of America is proud to be at the forefront.” Kenneth Lewis, chairman and CEO (2008).
MONEY: A leading lender for Australia’s giant Hazelwood coal plant, which the World Wildlife Fund called “one of the dirtiest power stations in the world,” and key financier to coal giant Massey Energy.

Citigroup
(Carbon and Equator Principles)
MOUTH: “Our success will be measured not only by our financial results, but also by the impact we have on the communities we serve.” Charles Prince, chairman and CEO (2006).
MONEY: In 2006, the same year it helped produce an update of the Equator Principles, Citigroup financed more coal projects than anyone else in the world. After signing the Carbon Principles, opened a $62 million line of credit for Arch Coal, the nation’s second-largest coal producer and a major funder of the lobbying battle against climate legislation.

JPMorgan Chase
(Carbon and Equator Principles)
MOUTH: “What is earthshakingly different between now and two years ago is the focus on CO2.” Eric Fornell, vice chairman, natural resources banking division (2008).
MONEY: Has continued to fund 5 of the top 10 mountaintop-removal companies in Appalachia; in 2009 underwrote more than $1 billion in financing for Massey Energy, which mined more than 21 million tons of coal in 2008 via mountaintop removal.