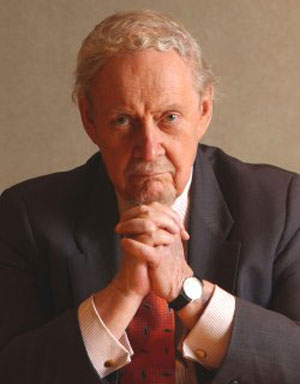 You would hope that by now, when a woman gets tapped for a position of power, she might be treated with a modicum of dignity, even by talk radio hosts. That would be asking too much, I guess. Not only has Supreme Court nominee Elena Kagan been subjected to not-so-quiet whisper campaign suggesting she might be a lesbian as a way of helping defeat her nomination, but now, the right-wing talk radio cabal has decided to take on her looks (a strain of attack not unrelated to the first). Media Matters has collected a sampling of the dialogue going on among talk radio stars and their listeners:

Here’s HumanEvents editor Jason Mattera, tweeting about Kagan: “Why do Janet Napolitano, Sonia Sotomayor and Elena Kagan all look like linebackers for the New York JETS?”

Michael Savage told a radio caller that he found Kagan’s appearance “personally grotesque,” and that she looked like “she belongs in a Kosher deli.” Savage added: “Isn’t there such a thing about the aesthetics of the appointee? Don’t they have to look a — I mean, is there a certain aesthetic that you have to — you know, it’s one thing to be a legal scholar, it’s another thing like you have to look at these people. Let’s put it to you this way, she’s not the type of face you’d want to see on a five dollar bill.”

In a series of tweets, Neil Boortz tweeted that Kagan resembled Mike Myers, the voice of the cartoon character Shrek, then said, “Justice Shrek? O come on now. That a wee bit below the belt.”

The comments, while perhaps predictable, offer another vivid example of how differently women in positions of power are treated than men are. It’s hard to imagine a similar tirade coming from even the most lefty media outlet about say, Chief Justice John Roberts or Justice Samuel Alito. Even the attacks from the left on the infamous Robert Bork, the last male Supreme Court nominee whose appearance might have commanded some major snark, never seemed to reach the level of those against Kagan. Of course, there was no Internet then, and talk radio was still in its infancy. And perhaps Bork was such an obstreperous, cantankerous nominee with extreme right-wing views that critics had so much material to work with that they didn’t need to point out that he was, well, scary looking. (He was roundly rejected by the Senate.) Kagan, on the other hand, is such a moderate, stellar candidate that her critics don’t have much substance to hang on, leaving them grasping at non-issues like her sexual preferences or what she looks like. Still, the level of misogyny exhibited towards Kagan by the right-wing talkers seems truly breathtaking–enough to make me wish that some day a few of them end up having to defend themselves in her courtroom.