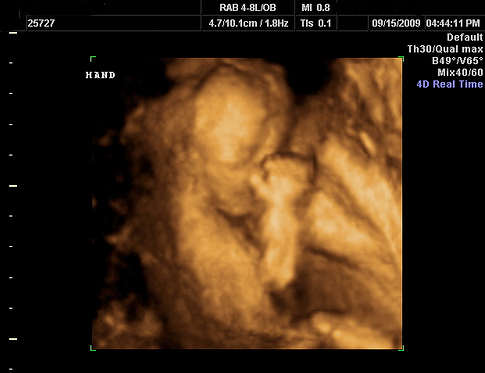 Last week, Mother Jones reported how Oklahoma legislators ratified two of the country’s toughest constraints on safe legal abortion. Now, the state’s attorney general is reluctantly blocking enforcement of one of those laws; he says the delay will give Oklahoma’s favored anti-choice attorney time to mount her defense of the regulation. But thanks to that attorney’s public comments, the state’s case just got a lot messier, and it may have to jettison one of its draconian laws to save the other one.

According to the AP, Attorney General Drew Edmonson let a state judge block a law that requires all women seeking an abortion to get an ultrasound first. Not just any ultrasound: “The law requires doctors to use a vaginal probe, which provides a clearer picture of the fetus than a regular ultrasound, and to describe the fetus in detail, including its dimensions, whether arms, legs and internal organs are visible and whether there is cardiac activity,” AP reports. “The law also requires doctors to turn a screen depicting the ultrasound images toward the woman so she can view them.”

The Center for Reproductive Rights sought the injunction as it prepares to challenge the law in court. Edmonson is using the 45-day delay to consult with law school professor Teresa Collett, who represented Oklahoma in its unsuccessful bid to defend a similarly worded 2008 law.

Oh, yeah—did we mention that Collett is running for Congress in Minnesota as a Republican this fall?

It’s strange territory for Collett, a self-identified libertarian who defended Ron Paul and is campaigning “to cut government way back,” but has no problem with nanny-state expansions of government power over marriage, gay rights, and medical care. Stranger still was how she defended the ultrasound law to the AP, arguing that it had the patient’s best interests at heart. “It would be remarkable if a women would undergo a medical procedure and a doctor would not have an obligation to describe the procedure and the results of that procedure to the patient,” she said.

But the other law passed by Oklahoma legislators does precisely that: Relieve the doctor of any obligation to describe an ultrasound’s results to the patient. That law “grants immunity from malpractice lawsuits for doctors who refuse to tell parents that their child will be born with a birth defect.” Which should concern every parent in the state, as we wrote last week:

When Collett defends the ultrasound law by outlining a doctor’s obligations to truthfulness, she appears to consign the “remarkable” birth-defects law to a quick death. The AP leaves little doubt of that: “She said state lawmakers required abortion providers to describe the ultrasound’s images because of some doctors’ ‘unusual failure’ to pass along the information to pregnant women.” Unusual failures which, no doubt, would be much more frequent if the birth-defects law stands.