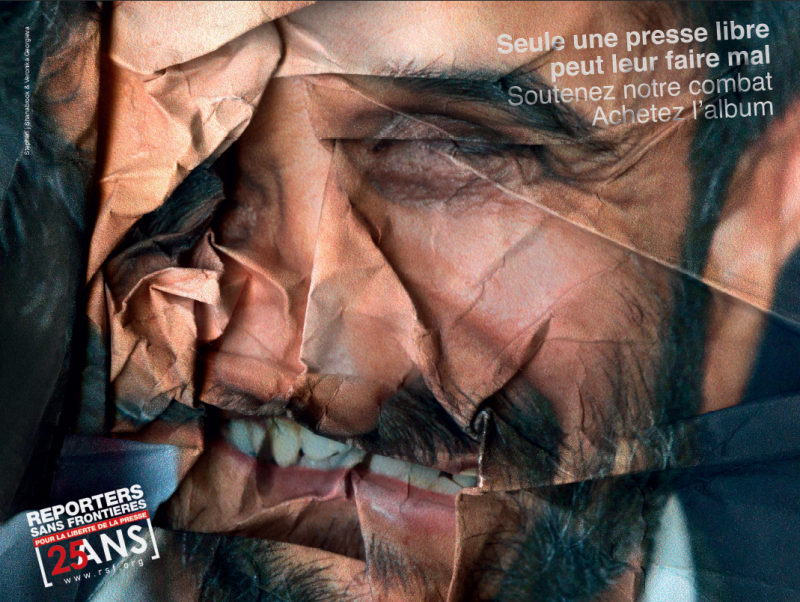 A guest post from Clothilde Le Coz, Washington director of Reporters Without Borders.

Each year on May 3, the international community commemorates World Press Freedom Day. Rather ironically, this May 3 Mahmoud Ahmadinejad will be in New York to talk—freely—at the United Nations about Iranian nuclear issues. Ahmadinejad is one of the 40 individuals Reporters Without Borders has listed as Predators of Press Freedom this year.

These 40 opponents of free speech are politicians, government officials, religious leaders, militias and criminal organizations that treat the press as an enemy and target journalists directly.  Since the reelection of Mahmoud Ahmadinejad on June 12th, 2009, over 50 reporters were forced into exile and more than 100 have been arrested. Currently, 51 reporters and netizens remain in jail for reporting the events and killings that have occurred in Iran since June.

In the Persian Gulf, Yemeni President Ali Abdulah has created a special court for press offenses, harassing newspapers and prosecuting dozens of journalists in an attempt to limit coverage of the dirty wars being waged in the north and south of the country. In Afghanistan and the border areas of Pakistan, Taliban leader Mullah Omar is waging a “holy” war that is also directed at the press. In 2009 alone, nearly 40 attacks were made on journalists and news media organizations.

And no one should be fooled by the pretense of tolerance and openness towards the press in Chechnya. Two outspoken critics of Russia’s handling of the “Chechen issue,” Anna Politkovskaya and Natalia Estemirova, were both gunned down—Politkovskaya in Moscow in October 2006 and Estemirova in Grozny in July 2009. Both murders had President Ramzan Kadyrov’s prints on them, as have many others that have taken place under the regime of terror he has imposed in Chechnya.

So far this year, 13 reporters have been killed around the world simply for doing their jobs. Five were gunned down in Mexico, which has become one of the most dangerous countries for the media in South America. Half a dozen cartels have battled relentlessly since the late 1990s for control of drug trafficking in the areas bordering the US.  The situation worsened when a federal offensive was launched against the cartels immediately after President Felipe Calderón was elected in December 2006. The traffickers do not hesitate to bribe politicians in their fight for dominance; the police and army have played a major role in the violations of human rights and free expression that are occurring in the country. Sixty-two journalists have been murdered since 2000, while 10 others have disappeared since 2003. More than half of these journalists had been covering stories linked to drug trafficking. None of the instigators of these murders and disappearances have ever been arrested or tried.

Currently, 285 reporters and netizens are in jail because of these 40 enemies of a free and open media. On World Press Freedom Day, Reporters Without Borders asks you to sponsor one of these journalists by symbolically displaying their faces on your Facebook profiles, on your Twitter accounts, on your blog, in your newspaper, and on the streets.