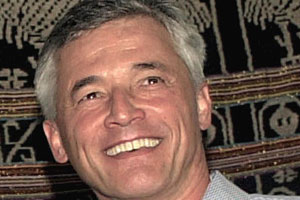 The film chronicles the life and the last hours of Sergio Vieira de Mello, a career UN official. Within the international organization, he was known as the “go-to” guy, the official handed the most difficult tasks. He negotiated with the Khmer Rouge in Cambodia for the sake of refugees. He helped guide a violence-plauged East Timor to independence. And in the summer of 2003, after the US invasion of Iraq, he reluctantly accepted what would be his final assignment: UN special representative in Baghdad. He was in his office on August 19, 2003, when a truck bomb went off below his window.

The blast did not kill Vieira de Mello immediately. He and a visiting American professor ended up crushed and trapped beneath the rubble. For hours, two American rescue workers attempted to save them, without the benefit of any rescue equipment. They used a woman’s purse and a piece of rope to remove the bricks that covered the two men. The film, directed by Greg Barker and based on Samantha Power’s biography, Sergio: One Man’s Fight To Save the World, cuts back and forth between a retelling of Vieira de Mello’s stunning career as a humanitarian official and the valiant effort to save him. It’s no secret what happens at the end. But that doesn’t undercut the drama; Sergio effectively blends biopic with action film.

You will cry if you watch this. I saw a preview a few weeks ago with representatives of Washington’s foreign policy elite, many of whom had worked with Vieira de Mello. There was audible gasping and sobbing. As the rescue workers recount the tale, up into his last moments of life, Vieira de Mello, a dashing man of James Bond good-looks, showed no concern for himself and repeatedly asked about the safety of his coworkers, many of whom were killed in the explosion. The film, which includes haunting footage shot on the day of the bombing, is visceral. It’s almost as if you are witnessing his actual death.

And if you watch this, you will realize how heroic, effective, and important a UN bureaucrat can be. The Iraq war has extinguished the lives of scores of thousand, and all such casualties should count the same. But the death of Vieira de Mello, if such a thing can be said, was especially tragic. He had his faults–ask the family he left behind—but he was one of the globe’s best and the brightest. There’s now a generation of foreign policy and international advocates who, upon encountering a tough challenge, ask themselves, “What would Sergio do?”

Sergio is both a gripping and important movie—important because it will extend the legacy of Vieira de Mello. That’s a legacy the world needs.