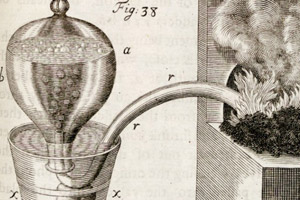 As part of the effort to mitigate the more than 3 million gallons of oil that have been released into the Gulf of Mexico, BP is using chemical dispersants to break down the oil and prevent it from hitting land. But the exact make-up of those chemical compounds is unknown, and some environmentalists believe that BP’s solution might actually be worse than the problem.

The chemical compounds break down the oil into smaller globs, causing it to sink and biodegrade faster. In the past week, more information has been released out about what BP and the Coast Guard are dumping into the Gulf. And while it’s a relief to have some information, what we’re hearing is less than reassuring. The combination of oil and chemicals, say critics, is creating a “toxic soup” in the Gulf.

The Deepwater Horizon Joint Information Center, the unified command office set up to deal with the spill, reports that 308,885 gallons of dispersant have been spread over the spill site as of Sunday. The two main chemicals being used in the clean-up effort are Corexit 9500 and Corexit(R) EC9527A. BP has reportedly ordered 15 million gallons of Corexit (and says it has stockpiled a third of the world’s supply of dispersants). While BP won’t disclose the make-up of these compounds, arguing that this is proprietary information, the Coast Guard has posted the safety data sheets for both the 9500 and (R) EC9527A varieties online. And the documents raise serious questions about the environmental impact of the chemicals being used to clean up the spill.

The compounds contain 2-butoxyethanol, which can cause headaches, vomiting and reproductive problems at high doses. The “Human Health Hazards” section of the document on (R) EC9527A notes:

The form also characterizes the chemical’s potential impact on sea life in the Gulf as “moderate,” and notes, “No toxicity studies have been conducted on this product.” So, according to BP’s own documents, it appears that the company has not analyzed the potential environmental effects of the dispersant—or is not disclosing them on the safety sheet. (Hat tip to Andy Rowell at Oil Change International for catching this).

According to the safety data sheet for Corexit 9500, its environmental and human health impacts are somewhat less alarming. However, this is not an independent analysis—the safety information was provided by NALCO, the chemical company that produces Corexit. The Deepwater Horizon unified command center did not respond to a request to speak to Environmental Protection Agency officials on the ground in the Gulf, though the EPA has posted a fact sheet about toxicity and effectiveness of a variety of dispersants.

Many environmental advocates are questioning whether the dispersants may do more harm than good in the long-term. A group called Protect the Ocean points out, “Corexit 9500 is four times as toxic as the oil itself.”

Jacqueline Savitz, director of pollution campaigns at the oceans advocacy group Oceana, says it’s a lose-lose situation: Both the chemicals and the oil in the water are environmental nightmares. “These chemicals are toxic. It would probably be illegal to dump them in the ocean under any other circumstances,” she says. “It’s a trade-off between oiling the shoreline and oiling the ocean.” The dispersants may protect the coastline and its ecosystems, but the chemicals and the oil remnants will affect sea life, like the blue fin tuna (which is currently spawning in the region), shrimp, oysters, and crabs. The combination of dispersed oil and chemicals is actually more toxic than the oil alone, and can also spread out farther in the Gulf, says Savitz. “Whether or not you think dispersants are a good idea depends on whether you’re a shore bird or a fish.”

Dr. Riki Ott, a marine toxicologist and former commercial fisher in Alaska at the time of the Exxon Valdez spill, has been in the Gulf area meeting with fisherman and communities to discuss the potential impacts. While Exxon used dispersants to clean up the Alaska spill, which have had long-term impacts on herring and salmon, what’s going on in the Gulf now is unprecedented, she warns. “We’ve never released them at this rate before, so much, so fast,” said Ott. She said lab tests on the toxicity of the dispersants don’t reflect the reality of how these agents can affect an ecosystem. The use of the chemicals in such large volumes, she said, “has the potential to cause intergenerational harm.”

A 2005 National Academy of Sciences report on oil spills and dispersant chemicals found that the combination can kill fish eggs and impair development of surviving fish, and accumulate in shellfish like mussels. “There is insufficient understanding of the fate of dispersed oil in aquatic ecosystems,” the report concludes.

Wired reports that an alternative dispersant, called Dispersit, is being tested, which is “twice as good at breaking down South Louisiana crude oil” and “half as toxic.” But it’s not known whether this alternative can be deployed fast enough.

The bigger issue, says Oceana’s Savitz, is that the dispersants are used to enable offshore drilling, with little attention given to their potential impact until a major spill necessitates their use. Oil companies will point to the chemicals as a potential option for mitigation in the event of a spill. “We’re enabling risky offshore drilling that we shouldn’t be doing in the first place,” said Savitz. “If we deemed the toxicity of dispersants as unacceptable, it would be harder for them to get approval.”