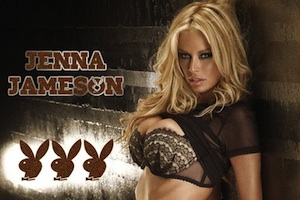 On Tuesday, a group of anti-porn activists and scholars arrived on Capitol Hill to brief members of Congress and their staffs and to call for beefed-up federal enforcement of obscenity laws. They weren’t there to fret about the pornographers of old: the loveable chauvinist Hugh Hefner and his scantily clad bunnies, or even the not-so-loveable-but-occasionally-principled First Amendment crusader, Hustler publisher Larry Flynt. No, they had come to alert Congress to websites like GagFactor.com, whose teasers alone are way more graphic than anything Hefner ever published, and whose content doesn’t portend a spirited First Amendment defense.

But according to Trueman, much of the explicit material found on the Internet these days isn’t protected speech but obscenity, which is prosecutable. That means there’s likely no First Amendment protection for Gag Factor and other sites that trade in close-ups of graphic acts, lewd genital displays, sexual violence, and all the gross stuff—bestiality, incest, excretory functions—that meets the legal definition of obscenity.

Making the point with blurry PowerPoint skin shots was Donna Rice Hughes, an “Internet safety expert” better known as the woman photographed sitting in Gary Hart’s lap as the then-presidential candidate sailed his boat, the Monkey Business, en route to the Bahamas. Hughes has since reinvented herself as an anti-porn activist. “For 15 years, children have been spoon-fed a steady diet of pornography,” she noted.

But by far the most compelling argument came from Shelley Lubben, who during the 1990s performed under the name “Roxy” in such screen gems as The Cumm Brothers 3 and Beaver Hunt. She eventually left the business, found the Lord—Lubben showed up at the event with Bible in hand—and founded the Pink Cross Foundation, a nonprofit that offers support to adult industry workers.