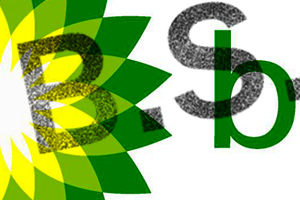 Remember that one time when BP told the Coast Guard that top kill was working and then the Coast Guard told everyone else and then it turned out that wasn’t true? Well, despite every single thing BP has ever said being false, there appears to be zero oversight of the information it’s releasing about its cleanup effort.

Tuesday, Lt. Commander J.R. Hoeft of the United States Navy sent out an official Deepwater Horizon Response email to members of the media and other interested parties. Hoeft is the online communications coordinator of the unified area command who called me several weeks ago, when I first encountered BP roadblocks to press access, to explain that he didn’t know “why those practices are in place” and assure me that the United States government was in charge of the whole oil-spill show, “holding BP’s feet to the fire,” in accordance with the rules of government oversight of corporate cleanup dictated by Congress after Exxon Valdez. I find Hoeft to be extremely charming and helpful and so didn’t hesitate to ring his bell, which he immediately picked up, to ask for the breakdown of his email’s stat that there are “24,000 personnel responding” to the spill. Are those workers BP is paying? Or does that also include, like, Audubon volunteers coordinating bird cleanup?

Hoeft didn’t know off the top of his head, he said, but “I’ll get that for you—with one caveat.” The caveat is that the numbers in that email are BP’s numbers, and the United States government doesn’t actually know, so Lt. Commander Hoeft and I will have to wait until BP turns around the request for information.

Dear Obama administration: Please tell me that a hungover 30-year-old sitting around in her underwear reading press releases on the couch is not really the first person to ask for verification or at least a spreadsheet backing up BP’s stats. Hoeft told me he got another media request for the list of contractors BP is using, and BP hadn’t yet responded to that absurdly simple query—four days later. And the US government doesn’t know that either, because the United States government isn’t the ones using the contractors. Really? Though the government is releasing stats and updates as official info from official government representatives, it’s not fact-checking, much less independently compiling, any of it? With all this talk of oversight and the scope of the disaster, shouldn’t we have an Oil-Spill Oversight Czar?

It would certainly make my buddy Lt. Commander Hoeft’s job easier. He felt my pain, and said he was hopeful we’d get the information soon; he was just letting me know about the delays in the name of expectation management. So we’ve agreed that it’s probably best I don’t hold my breath.