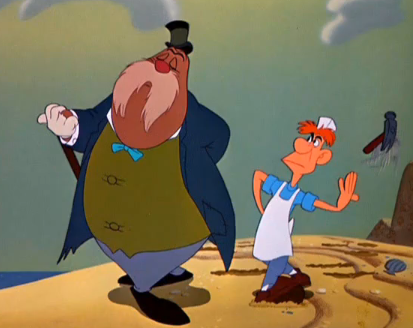 It’s not every day that Congress discusses walruses and the phone numbers of dead guys at length. But then again, it’s not every day that the top executives from the nation’s biggest oil companies are put on the hot seat to defend their pitiful emergency response plans in case of a catastrophe like the one we’ve seen unfold in the Gulf of Mexico over the past eight weeks.

Since the explosion of the Deepwater Horizon rig, we’ve seen just how sad BP’s planning for the event of a disaster has been. But we also got a glimpse of how ridiculous it was on paper. BP’s 583-page Gulf plan, last updated in June 2009, included references to how to protect walruses and sea lions, which, as Energy and Environment subcommittee chair Ed Markey (D-Mass.) noted, “have not called the Gulf home for 3 million years.” The plan also included the phone number of a sea turtle expert who has been dead for five years.

And it gets even worse: The other four oil giants are using almost the exact same plans.

In yesterday’s hearing, representatives brought out the emergency response plans of Shell, ConocoPhillips, Chevron, ExxonMobil, and BP that had been drafted in case of an oil spill in the region. The cover photos of rigs and tankers are identical, just in different colors, and four of the five plans include the references to walruses, sea lions, seals, and sea turtle expert Dr. Peter Lutz. They list him as a staff member of the University of Miami, though he hadn’t worked there since 1991, when he left for Florida Atlantic University. Oh, and he passed away in February 2005, so he probably wouldn’t be able to offer much help now anyway.

“ExxonMobil, Chevron, ConocoPhillips, and Shell are as unprepared as BP,” said Henry Waxman (D-Calif.), who called the responses “cookie cutter” plans. “When you look at the details, it becomes evident these [response] plans are just paper exercises.”

Markey summed up the companies’ response strategies pretty well in Tuesday’s hearing: “The only technology you seem to be relying on is the Xerox machine.”

ExxonMobil CEO Rex Tillerson defended the inclusion of Lutz. Just because he passed away, said Tillerson, “does not mean the importance of his work died with him.” (He did grant that, “It’s unfortunate that walruses were included.”) Tillerson also defended the overlap between the companies’ plans: “Cookie cutter should not come as a surprise. The industry relies on sharing resources.”

The plans were all prepared by a consulting group with a rather non-descript moniker, the Response Group. From the company’s website, we learn that it specializes in all manner of emergency response—hurricanes; oil, gas, and chemicals incidents; crisis management. Formed in 2003, it has 35 employees in offices in Houston, Anchorage, and several other satellite locations. The “company news” section of the website hasn’t been updated since May 2008, and it only has three press releases. One of the three is about how the company “competed in the ConocoPhillips Sweeny Refinery 8th Annual Employees Benefit BBQ Cook Off” in April 2008. I called them several times today to find out more, but no one’s gotten back to me yet.

All of the executives testifying yesterday maintained that the Gulf disaster was the fault of BP failing to uphold safety and environmental standards, not an industry-wide problem. Had this been their operation, they would have made better decisions, each said, decisions that would have prevented the blowout in the first place. “Most of us sitting here today would have handled it differently,” said James Mulva, president of ConocoPhillips.

The companies are, however, very concerned about the media coverage. Exxon’s plan has a 40-page appendix on dealing with the media, with 13 sample press releases. They range from what to say in case of a minor incident (“ExxonMobil deeply regrets the incident that occurred”) to a major incident possibly involving fatalities (“We are greatly saddened by this tragic event and express our deepest sympathy to the families of those affected. We are working with [APPROPRIATE AUTHORITIES] at the site to investigate the cause of the incident”).

They might be ready for the media, but none of the executives would testify that they could do much better than BP when it came to responding to this kind of disaster. “The fact of the matter is when these things happen, we are not well equipped to handle them,” said Tillerson. “That’s why the emphasis is on preventing them.”

And when that doesn’t happen? Well, then we apparently get what we’re currently watching unfold in the Gulf. But don’t worry – this is just BP’s problem.

See all the response plans for the Gulf: