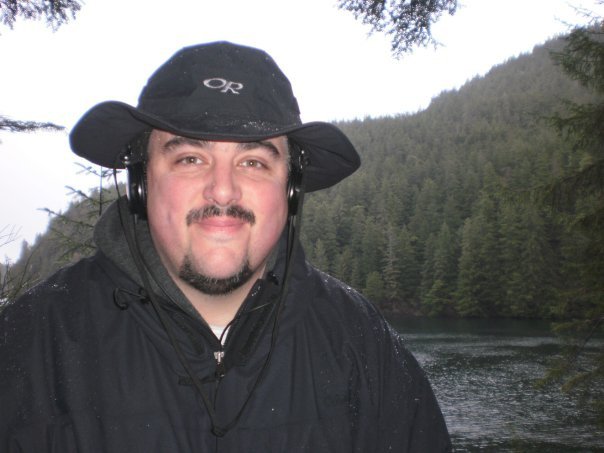 The Republican Senate primary in Alaska today may turn out to be more competitive than most observers, and incumbent Lisa Murkowski, expected. But even if she escapes unscathed, Murkowski will face yet another challenge in a few months, with Scott McAdams likely to be the Democrat on the ballot come November.

McAdams is the mayor of Sitka, an island off the southeastern leg of Alaska, which at just 8,600 people qualifies as the fifth-largest municipality in the state. Those residents are spread over 600 square miles, with just 14 miles of roads.

Some might be weary of smalltown Alaska mayors at this point, but McAdams says it’s also the “most progressive town in Alaska…a blue island in a red sea.” Sarah Palin didn’t win there in the governor’s race, and the McCain-Palin presidential ticket didn’t win there, either. McAdams is expected to come out ahead in a three-way race for the Democratic primary tomorrow, in a race that has drawn very little national attention so far. He faces Frank Vondersaar and Jacob Seth Kern in today’s primary.

McAdams, a 39-year-old whose day job is director of community schools in Sitka, announced his candidacy in June, after some initial hesitation. What pushed him “over the edge” to running, he said, was Murkowski’s objection to a bill to raise the liability cap on oil spills in the wake of the Gulf disaster. “I was outraged,” he tells Mother Jones, recalling the Exxon Valdez disaster in his home state, which happened when he was a senior in high school. McAdams chokes up as he talks about the residents of his area “who still have not been made whole” now 21 years later. “To say that $75 million is enough to cover the claims, cover the cost of lives that cannot be valued or monetized is outrageous.”

The destruction those two disasters brought to the fishing, tourism, and maritime culture of both regions is something, he says, that didn’t seem to phase Murkowski’s support for the oil and gas industry. He plans to make energy issues central to his campaign. He points to Murkowski’s solid backing by dirty energy interests as evidence that she’s no longer working for the people of Alaska.

Of course, Murkowski plays an interesting role in the Senate these days, especially hailing from one of the country’s most resource-rich states. She’s the top-ranking Republican on the Energy and Natural Resources Committee, and as such has played a major role in energy legislation over the past years. She’s also one of the few Republicans who has acknowledged that climate change threatens her state, but has arguably done more than any other Senator to undermine action on the issue since Obama took office. She’s so-far shown no sign of stopping her crusade against EPA regulation of greenhouse gases.

“Lisa Murkowski has become the face of resource recklessness,” says McAdams, accusing the senior senator of using Alaska’s oil and gas resources for the “benefit of multinational corporations” rather than for Alaskans. Alaska is, of course, home to the Arctic National Wildlife Refuge, the chunk of land that has been a battleground for environmentalists and Republicans for years now, and Murkowski’s suggestion that opening the refuge for oil and gas drilling would be the price for her vote on climate legislation tipped off a new battle on that earlier this year. That’s not to say McAdams objects to new oil and gas development in Alaska, but he argues that the proceeds of any new development should be used to create a fund for renewable energy sources. (I asked his position on ANWR, which he didn’t answer directly; you’re hard-pressed to find even Democratic candidates in the state who will reject drilling there outright.) But ANWR is just part of the story, he said—and Republicans like Murkowski have compromised their ability to shape policy on the issue.

“Many Alaskans believe they need to elect Lisa Murkowski because they don’t think a Democrat, or that Democrats in general, have any interest in developing Alaska and making it a mature state, with the same kind of economy and development as other sates,” said McAdams. Rather, he said, it’s Republicans in general and Murkowski in particular who have lost the trust of the public when it comes to responsible development of natural resources. The senior senator “does not have the political currency in Washington, DC to open one more Alaska natural resource project.”

McAdams says the favored daughter of the state, tapped to fill her father’s Senate seat in 2002 when he became governor of the state, has lost sight of what Alaskans need and has become too close to partisan politics in Congress. “Politics in Washington, D.C. is about shaming, blaming, scape-goating, and grandstanding to position yourself to take over chairmanship in the next election cycle,” he said.

McAdams knows defeating her is an uphill battle. While his state is often seen as decidedly red, he asserts that Democrats can still put up a fight. After all, the junior senator from the state, Mark Begich, was also seen as the underdog when he took on Ted Stevens in 2008. But whether McAdams can win by focusing on Murkowski’s ties to dirty energy in a state that relies on it might be another story.