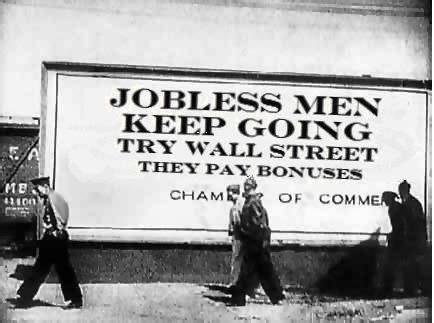 The Labor Department’s monthly numbers are out, and it’s mostly dark clouds in the jobs world. The unemployment rate remains 9.5 percent. The public sector shed more than 200,000 jobs in July, most of which were expired Census gigs. The ratio of employed Americans to the adult population dwindled slightly, but for did so for the third month in a row—a troubling sign. And the real unemployment figure—accounting for unemployment, underemployment, and discouraged workers—is stuck at 16.5 percent.

A silver lining: The private sector added 71,000 jobs in July, which, as Ezra Klein points out, is the most since April and third-best in 2010. He adds optimistically, “The 71,000 jobs we did gain came from the right place, and the jobs we lost are job losses we can prevent if Congress finds the will and the votes.”

That optimism don’t appear to shared by most other observers, nor backed by the Labor Department’s data when you dig deeper in. For instance, the Labor Department went back and revised its jobs figures for June, reporting that 267,000 jobs were lost instead of 125,000 as initially thought. That’s a major revision—and further proof that the economic recovery is far weaker than already thought.

Although the unemployment rate didn’t budge, that’s not because the jobs picture is getting rosier. Rather, people are still leaving the work force, quitting their search for a new job. As Zero Hedge points out, the employment-to-population ratio is the same today as it was in October 1983, per this chart: 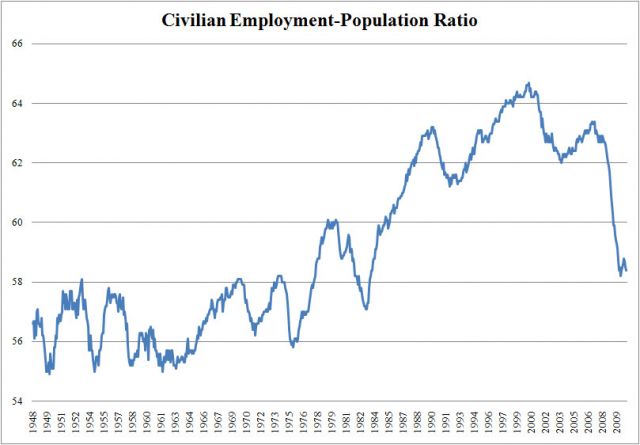 When the jobs picture finally begins to improve in earnest, those same people, encouraged by the positive signs they see on TV or read in the papers, will begin looking for work again. As a result, the jobless rate could inch even higher.

Meanwhile, the ranks of the long-term unemployed—out of work for six months or more, but still looking—remain at near-record levels, at 6.6 million, or 45 percent of all unemployed. That’s still a staggering number.

All in all, this is more bad news for the Obama White House and Congress, especially the downward revision for June. It’s telling that Christy Romer, the White House economic aide now on her way out the door, downplayed today’s report: “It is important not to read too much into any one monthly report, positive or negative.”

Yes, Congress’ efforts to send more fiscal aid to state governments and small businesses (though the math behind the latter is somewhat flawed) are urgent and necessary, it’s up to private employers right now to get the Great American Jobs Machine chugging along again. Many private employers have the money to increase hiring, but are spooked by new regulations or the instability of the economy and remain on the sidelines. We won’t get growth until they start opening their doors again.