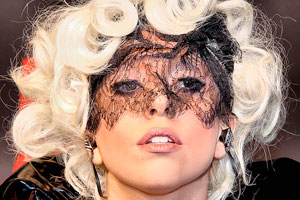 On Tuesday afternoon, Senate Republicans successfully filibustered a military spending bill that would have repealed the military’s Don’t Ask/Don’t Tell policy on gay servicemen and women. More than half of the Senate—54 Democrats and two independents—supported the measure (as did Sen. Majority Leader Harry Reid, who voted no purely for procedural purposes); all the GOPers opposed it. But because breaking a filibuster requires 60 votes, the decisions of moderate Sens. Susan Collins, Olympia Snowe, and Scott Brown to join their obstructionist GOP colleagues ensured that gay people would still be unable to serve openly in the military.

The repeal of DADT was one of President Barack Obama’s key campaign promises—one that he repeated in his first State of the Union address earlier this year. Now it’s a promise that may well wither, especially if Republicans gain control of the House in November. But as usual, the White House did little to publicly pressure Collins, Snowe, or Brown. Obama spent the day before the vote at a fundraiser in Pennsylvania and did little to draw attention to the upcoming vote and the GOP’s intrasingence. The White House wouldn’t even answer the New York Times‘ questions about the bill. Vice President Joe Biden, according to the White House, did call Snowe. But Obama did no lobbying of his own. Instead, the pressure politics were left to someone who’s never been elected to public office: a 24-year-old New Yorker named Stefani Germanotta—a.k.a. Lady Gaga.

While Obama was raising money for Democratic Pennsylvania Senate candidate Joe Sestak, who trails in the polls, Gaga was in Maine, crusading for DADT repeal. The previous week, she had created a YouTube video addressed to the whole Senate that urged repeal. At the time of the vote on Tuesday, it had nearly 1.7 million views. In the days prior to the vote, White House press secretary Robert Gibbs couldn’t manage even a single tweet about the fight at hand. And the White House did not use Obama’s Twitter feed or the White House blog to highlight the vote. (Organizing for America, the Obama campaign offshoot that works within the Democratic Party, did zap out one email to its millions of grassroots supporters asking them to call Sen. John McCain, a leading opponent of DADT repeal.)

After the vote failed, Gibbs criticized the Republicans for the fillibuster, but hardly in an aggressive manner. At the daily White House press briefing, he voiced frustration with the GOPers and groused that “60 is the new 50” in the Senate. He affirmed Obama’s support for ending DADT, noting the president has long opposed the policy. “We’re frustrated,” he said, vowing the White House will continue to work with the Pentagon to find a way to repeal DADT. (The president cannot undo it totally on his own, given that the policy is enshrined in law, though he could weaken enforcement of it via an executive order.) Asked if Lady Gaga had done more to pass DADT repeal than the White House, Gibbs said no: “We wouldn’t be taking on this issue, if not for the president.” And he again complained that it is “not healthy” for the nation if it takes a three-fifths vote in the Senate to fund the Pentagon. Yet Gibbs did not display much indignation or passion. He could have angrily accused the Senate Republicans of holding up funding for the troops. But he kept a measured tone. It was as if the White House, in defeat, didn’t want to call out the Republicans—and didn’t want to make it on to the nightly news shows.

All this suggests the White House isn’t particularly enthusiastic about DADT repeal—at least not at the moment (even though large percentages of Americans, including majorities of conservatives and Republicans, support repeal). After all, the administration demonstrated no interest in engaging in the kind of tough, on-the-ground combat mounted by Lady Gaga. This was reminiscent of health care reform battle. The White House spent months courting the support of supposed moderate Republicans like Snowe, Collins, and Iowa’s Chuck Grassley. But when Obama hit the road to stump for health care reform, he didn’t spend much time in Maine and Iowa. He went to places like Maryland and Minnesota, where the Democratic senators were already solid votes for reform. Adam Green, the cofounder of the Progressive Change Campaign Committee, a liberal pressure group, regards that as a significant miscalculation. If Obama had aggressively stumped in Iowa or Maine—or spent more time in North Carolina, where unpopular GOP incumbent Sen. Richard Burr is facing reelection—he could have applied more pressure on recalcitrant Republicans, says Green. Even if such tactics didn’t win over hesitant Senate GOPers, Obama would have at least been conveying a message to Republicans that he was a fighter who would do what he could to punish obstrutionism. (If such a strategy had not succeeded, it would have fared no worse than what actually transpired: the White House wasting months courting Republicans behind the scenes, only to end up with no actual Republican votes for the final bill.)

The Obama administration has not yet figured out how to make Republicans pay a political cost for obstructionism. But the White House has rarely tried to slam Republicans. (When Rep. Dennis Kucinich, a liberal Democrat from Ohio, said he was a solid no vote on the health care bill, Obama was in his district that week to pressure him, and Kucinich flipped.) This week, Lady Gaga did her best with the ladies from Maine. She didn’t turn them, but she did succeed in putting them on the hot seat. And after all, she’s just a pop star, not the president. But the next time the White House wants to break a filibuster, it might consider going Gaga.