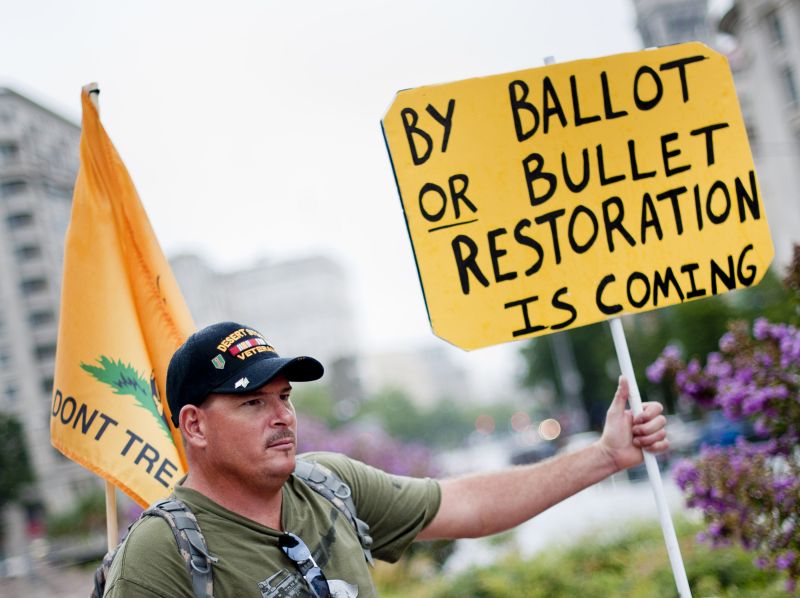 Last week, ProPublica broke the story of how Pennsylvania’s Office of Homeland Security (POHS) used information from a third-party anti-terrorism consulting firm that labeled members of anti-gas and oil drilling groups as “environmental extremists.” Documents show that Pennsylvania’s Homeland Security department has been monitoring the groups and their meetings, and sending resulting information in weekly bulletins to law enforcement agencies around the state and oil and gas companies. In an intelligence bulletin dated August 30, 2010, POHS mentions “militant environmentalist” group Climate Ground Zero which, the bulletin admitted, held a peaceful protest on August 26. The bulletin concluded that even though environmental activists had only committed “little more than vandalism, trespassing, and threats” so far, it was likely to “transition to more criminal, extremist measures[sic] actions.”

The bulletins also included terror risks like Muslims celebrating Ramadan, the Jewish High Holidays, anti-nuclear activists, an anti-fracking meeting, and animal rights activists protesting a rodeo. Know what’s almost totally absent from the bulletin? The tea party. You’re unlikely to encounter a sign professing a love of guns while celebrating Yom Kippur, but you can certainly see them at tea party rallies. In the 8/30 bulletin, the 9/11 Burn a Koran day is mentioned, but there’s nothing about the tea party rally at Beaver, Pennsylvania on 9/12. Or the buses leaving Bethel Park, Butler, Pittsburgh, Franklin, and other cities for the big 9/12 rally in DC. There was a 9/12 tea party event on the steps of the state capitol in Harrisburg, and a 9/6 event in Chamersburg that drew a crowd of 250, neither of which are mentioned in the bulletin. It’s not known if some of the weekly intelligence bulletins called attention to the tea party, but the federal Department of Homeland Security said in a 2009 report (PDF) that rightwing extremism is rising “fueled largely by an economic recession, criticism about the outsourcing of jobs, and the perceived threat to US power and sovereignty by foreign powers.”

Strangely enough, although the tea party is nearly absent from the leaked intelligence bulletin, one of its supporters is planning to file a lawsuit because he thinks the government is watching him. Gene Stilp of Harrisburg said that Gov. Rendell’s comment about a large, inflatable pink pig Stilp often takes to rallies at the state capitol shows he’s being monitored. The governor said in a press conference that the pig “wasn’t a threat” and that the contract with the third-party group that gathered the intelligence for bulletins will not be renewed.