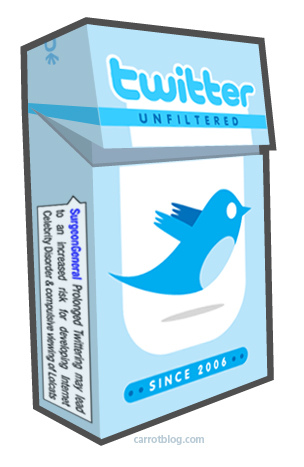 So I’ve got this friend and coworker with a problem. (Out of respect for his privacy, let’s just call him Adam Weinstein.) Adam is prolific. In addition to his regular job, the guy writes and blogs like a madman. He provokes the trolls on purpose, debates his blog commenters, and tweets like there’s no tomorrow. So that’s his baseline state.

But then he discovered the hashtag #rockretractions, and that’s when things went south.

Adam dismissed it as blowing off steam during Mother Jones‘ busy production cycle—the two weeks of late nights when we ship pages off to the printer. But I knew better. Adam was hooked. #Rockretractions was a cheap, quick high. It started with the classics as a kind of gateway drug:

Adam was getting in deep, clearly. I knew the only way I’d be able to reach him was to try a few of these myself. That way he’d know I understood what he was experiencing. Then maybe I could convince him that he needed to, you know, eat a meal, wash up, groom a bit.

(What can I say, Elton was the first thing came to mind.)

No telling where he’ll go next…

At this point, one @emalik25 intercedes: “For your younger followers it’d be helpful if you included the song you’re alluring to.”

Listen, punk, this is all about what we oldsters used to call riddles. You’ve gotta figure them out for yourself. Maybe you can decipher Adam’s next few entries…

Which inspires this couplet from me:

Nice! Brings me back to being one of about five white people at the Krush Groove Christmas show at Madison Square Garden circa 1981: Run had collapsed a lung, so he and DMC couldn’t perform. But there were Dr. Jekyll and Mr. Hyde, Kurtis Blow, Whodini (“Friends”!), the standouts Doug E. Fresh and Slick Rick, and of course LL Cool J, prompting my response:

I whip out Cliff:

Then Adam ups the ante with a stream of quick hitters:

Uh-oh. Could our communications fellow be getting hooked, too? Make haste to her tweetstream…

Now what? Our editorial fellow, @TitaniaUSA? Not you, too, Titania? …

Ohhhh, shit. That one could be read in several ways. Maybe it’s time to get back to work.

Oh, but not for Adam. Blissful, addicted, Adam…

(No! Please don’t enable him when what he needs is our love and support!)

In the end, I had to throw in the towel. There would be no getting to Adam; he was too far gone.

Maybe, just maybe, I could help keep this rock-and-roll plague from spreading throughout the organization, grinding our productivity to a halt. Yes, that’s what I’ll do. But first just let me tweet one more. Just one more. One my buddy and I used to sing while fishing at age 12…