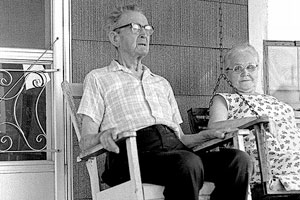 The last two words in the title of today’s star-studded Faith and Freedom Conference and Strategy Briefing, hosted by Ralph Reed’s Faith and Freedom Coalition (FFC) and headlined by the likes of Karl Rove and Newt Gingrich, leave no doubt. This isn’t merely a two-day parade of speakers, a who’s-who of the Christian right decrying the media’s liberal bias or radical Islam; it’s also a workshop of sorts for the energized conservative base heading into the midterm elections.

To that end, Reed opens the morning by declaring today’s event “the grassroots political equivalent of NFL training camp.” Reed, you’ll remember, is the former head of the Christian Coalition who helped the GOP retake Congress in 1994, but whose reputation suffered a blow due to his links to corrupt lobbyist Jack Abramoff. Dressed to the nines in a dapper suit, he tells attendees, who filled about two-thirds of the ballroom at the posh Renaissance Mayflower Hotel, that the conference’s speakers are “here to give you to the tools and tactics you need” to help get out the “most conservative vote in American midterm history.” Attendees, Reed adds, would learn the “hitting and blocking” of conservative political organizing.

The crowd, however, hardly looks ready for some political two-a-days and conservative heavy hitting. That is, the Faith and Freedom Conference’s attendees are old. Most of them. From my seat near the back, the view is dominated by silver wisps of hair and shiny bald crowns and hair-die jobs gone horribly wrong. The median age in the room has to be pushing 50—and it’d be higher if not for the young kid in a suit a few rows ahead of me. Sure, a few women are wearing what looks like shoulder padding, but not of the athletic variety.

Is this the fired-up crop of activists Reed and Co. have in mind?

At one point in the morning, we’re told FFC’s GOTV specialists have something up their sleeve. After yuk-filled speeches from Tucker Carlson and others, the coalition’s Greg Keller and Billy Kirkland unveil the coalition’s apparently hotly anticipated organizing tool for the midterms: Voter Trak. Keller calls it “the single most powerful technological tool in American politics today.” While he won’t name specific figures, he tells the audience it cost north of six figures to develop. The program allows users, i.e., selected conservative activists, to easily and quickly identify like-minded “values voters” in their neighborhoods in order to convince them to vote this fall. The two men stress how Voter Trak has already succeeded in harnessing conservative voters both in the Virginia and New Jersey gubernatorial elections last year, helping Republicans Bob McDonnell and Chris Christie, respectively, attain victory.

Better yet, we’re told, Voter Trak is compatible with the iPhone, Blackberry, and the Droid cell phones, as well as the iPad. Which is all well and good—except that the majority of attendees look like they’d be more comfortable with a rotary dial than anything sold at an Apple Store. Needless to say, the unveiling of Voter Trak didn’t garner quite the same amount of applause as did, say, Reed or Carlson or Gary Bauer, who nearly brought the house down when he called Barack Obama “the most anti-Israel president in the history of the United States.”

Were I to revise the conference’s name, I’d call it the Faith and Freedom Conference and Book Fair. Today’s graying attendees seem most energized not by Voter Trak but by book signings. (Though Newt did get the crowd plenty fired up with one of his typical graduate seminar-esque speeches.) Attendees pack the hallways, to the point of claustrophobia and gridlock, as they jostle to get in line to hobnob with Rove or Gingrich or Reed and get their pre-signed book personalized by the author himself.

It is a crush the organizers more than expected: There are no shortage of tables piled high with books ready for customers.