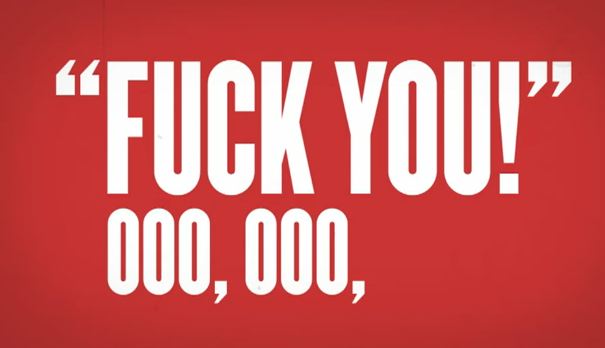 By now you’ve no doubt heard, or rather seen, Cee-Lo Green’s supremely NSFW “Fuck You” on YouTube. Green uploaded a video for his expletive-laden single August 19, and it quickly acquired late-summer anthem status, garnering millions of views and the adulation of Rolling Stone, which called it a contender for best track of 2010. Green, best known as half of Gnarls Barkley, released the video as a sneak preview of his third solo album, The Lady Killer, due in December—and took the YouTube route to circumvent the FCC’s regulatory grip on the airwaves. The song became so popular so fast that it was rushed-released to radio within six days, in explicit and bleeped versions, and also as the watered-down “Forget You,” which Green has said he hates. The video even spawned a remixed response by 50 Cent, who freestyles over the opening chords with customary bluster.

All this over a video in which there wasn’t much to see: It consisted entirely of the song lyrics, in big block type, bouncing around to the tune onscreen. (See below.) The titular refrain appears simply, triumphantly, against a solid red background. Call it the anti-OK Go—a band whose video for “This Too Shall Pass,” which went viral back in March, is an astonishingly complex feat of engineering that took the band six months to create; it features a giant Rube Goldberg machine timed in sync with the music. With a piano crashing to the ground on cue and band members supervising the spectacle in paint-splattered jumpsuits, the song itself is all but an afterthought. Green’s video seems of a different era.

Which is part of what makes the song “Fuck You” so interesting. It’s a bundle of contradictions—a retro-soul Motown-throwback with lyrics and sentiment that feel bitingly current. The message, angry and defiant, delivered with such unabashed cheer that it’s hard not to hear the song as a joyful self-affirmation. The video that put it on the map a vehicle for the song alone, never mind the visuals.

Green has since released an official, produced version of the “Fuck You” video on his YouTube channel. (See below.) It’s good—following its narrator through the romantic disappointments of childhood, adolescence, and early adulthood, all unfolding in an old-school diner. A pre-teen or maybe teenage Cee-Lo peers at his beloved, busy with her rich boyfriend in another booth; Green appears in shades and checkered tie to deliver his upbeat insult. But somehow I prefer the unadorned version. There’s something transcendent about that bouncing typography. Perhaps that’s the wink that makes the song: As Sasha Frere-Jones, the New Yorker‘s pop music critic, wrote of a single from Snoop Dogg’s 2008 Ego Trippin’, “I noticed that the good one has the same problem as Jay-Z’s ‘Can I Get A…’: the fig leaf (‘what what’) is better than the flesh (‘fuck you’).”

Sometimes the fig leaf, the ellipsis, is all.