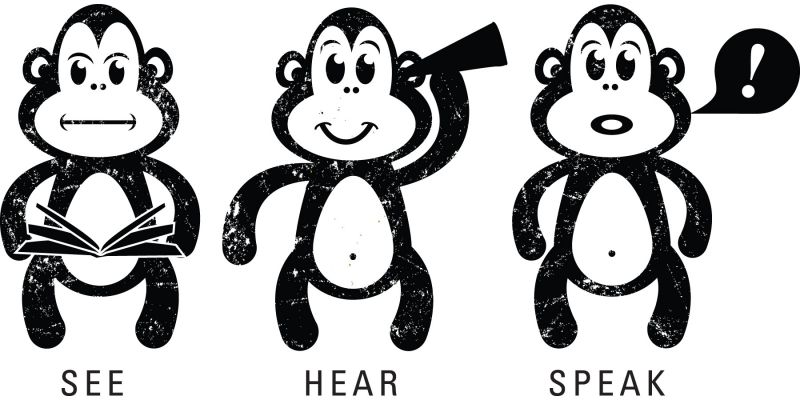 Illustration courtesy of <a href="http://litquake.org/media/logos">Litquake</a>

The crowd snaked around both sides of San Francisco’s Herbst Theater in a dense queue, a high-low jumble of tattoos, porkpie hats, and costly coifs. Poets laureate, ex-Ramparts editors, jazzmen and women, and the rest of a Technicolor volunteer army mustered at The City’s war memorial auditorium for a single mission. They were there to plant a flag on the Beaux Arts stage for the peace infantry’s longtime generalissimo: 91-year-old Beat patriarch Lawrence Ferlinghetti.

Litquake eventgoers buzzed among themselves about the talent that would toast the founding father of San Francisco’s cultural and political scene. “Bzz bzz bzz Patti Smith!” one velvety blonde said to her leather-clad beau. “Mrr mrr mrr Tom Waits!” he replied, twice as loud. Between murmurs, they busied themselves filling out a survey for the organizers. Under “Authors you would like to see at Litquake,” the blonde put “Salman Rushdie, Margaret Atwood, John Updike,” unaware or unconcerned that Updike was dead. Such was the reckless abandon, planned or unplanned, that attended much of the night’s intoxicating goings-on. “We are honoring Lawrence Ferlinghetti tonight, so any impulse you have to be quiet or coy is fucked up!” host Marc Bamuthi Joseph—a national poetry slam champion—told the audience. “Throw that out the window!”

At 91, Ferlinghetti decidedly is not dead. Nor is his following among successive generations of auteurs and activists and their adherents. Thus Litquake, the Bay Area’s annual literary festival, chose to honor the patriarch of Beat with its Barbary Coast Award, a sort of lifetime achievement that’s previously gone to San Francisco fixtures like Amy Tan, Tobias Wolff, and Armistead Maupin. “When I first came out to San Francisco and heard the name Ferlinghetti, I thought it must be a large geographic area,” Waits joked before warbling a musical version of the poet’s verse onstage. “Turned out, it is.”

There followed much hagiography and no small amount of shilling for City Lights, the North Beach bookstore Ferlinghetti cofounded. Of course, “shilling” hardly seems the right word to use in connection with a literary space that since 1954 has been America’s safe haven for beatniks, refuseniks, guerrilla artists, and political provocateurs of every stripe. “It’s kind of like Times Square for animals,” Waits deadpanned. “There’s water there.”

A succession of poets laureate, illustrators, and culture warriors emphasized Ferlinghetti’s centrality to the American story. He was the man who’d defended Ginsberg against profanity charges; complimented a young Bob Dylan’s lyrical declamations; parried FBI attacks on Timothy Leary’s literary executors; and fought virulently against the horrors of war, which he’d seen firsthand as a Navy officer deployed to Nagasaki, Japan, after the US had leveled it with an atomic explosion. Poets Michael McClure and Ishmael Reed stressed that Ferlinghetti had been verbalizing his dissent before it was cool, in the ’50s—an epoch bounded by “Buicks, crew cuts, and military preparations for Asian marauding,” as McClure put it. From a jazz-infused, collective reading of the Holy! Holy! chorus in Allen Ginsberg’s “Howl” to the rendition of “Wing” that Patti Smith and Lenny Kaye dedicated to Ferlinghetti (a classic they’d reprise the next day at the Hardly Strictly Bluegrass festival in Golden Gate Park), passion was palpable.

Ferlinghetti taped a message of gratitude to Litquake. In it, he read “At Sea,” a poem composed this year—one that San Francisco poet laureate Jack Hirschman called his finest ever. In keeping with the hope-and-the-city mood of Ferlinghetti’s earlier works—A Coney Island of the Mind, A Far Rockaway of the Heart, Americus—”At Sea” radiates a utopian realism, a provincial comspolitanism that’s become synonymous with San Francisco and social progress. It’s the voice of an innocent who’s seen much to be cynical about, but releases the memory with ease:

Humans with all their voices
as myriad as
the syllables of the sea
have never been able to fathom
man’s fate
nor tell us why we are here
Still will we be
free as the sea
to be nothing but
our own shadow selves
beach bums all after all
in future time when
nations no longer exist
and the earth is swept
by ethnic hordes
in search of food and shelter?

Like Ferlinghetti’s life and work, Litquake’s potent brew of eros and erudition continues. Check it out through October 9 if you’re in Fog City.