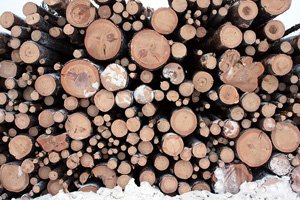 Twelve leading scientists, including the former head of Kew Gardens and the biodiversity adviser to the president of the World Bank, have written an open letter accusing two international think tanks of “distortions, misrepresentations, or misinterpretations of fact” in their analysis and writings about rainforests and logging.

The unprecedented attack on the tactics and objectivity of the two groups who claim to be independent is contained in an open letter sent to the Guardian. It accuses the Washington-based World Growth International (WGI) and Melbourne-based International Trade Strategies Global (ITS) of having close associations with politically conservative US think tanks and advancing “biased or distorted arguments” on palm oil plantations and logging.

The scientists claim that ITS Global is “closely allied with” and “frequently funded by” multinational logging, wood pulp, and palm oil corporations and lobbies for one of the world’s largest industrial logging corporations, which has has been repeatedly criticized for its environmental and human rights records.

“These organizations portray themselves as independent think tanks or NGOs, but are actually lobby groups that are aggressively defending and funded by some of the world’s largest logging, oil palm and pulp-plantation corporations. These corporations are playing a major role globally in the rapid destruction of tropical forests,” said William Laurance, research professor at James Cook University in Cairns and Prince Bernhard chair of the International Nature Conservation at the University of Utrecht in the Netherlands.

The scientists include Sir Ghillean Prance, former director of the Royal Botanic Gardens, Kew; Thomas Lovejoy, chief biodiversity adviser to the president of the World Bank; Prof Omar R. Masera, director of the bioenergy lab at the National University of Mexico and Nobel laureate on behalf of the Intergovernment Panel on Climate Change (IPCC) and others from Oxford, Stanford and Imperial College, London. Together, they accuse the two organisations of promulgating “serious misconceptions” about tropical forestry and reaching conslusions that are “strongly at variance with refereed scientific matrial.”

“WGI and ITS have failed adequately to recognise that many forests of high conservation value are being destroyed and fragmented by plantation development —a process that is mostly driven by corporations, not small holders. While routinely accusing several environmental organisations and the IPCC of bias and scientific misrepresentation, WGI and ITS have, in our opinion, advanced a range of biased or distorted arguments themselves,” says the letter.

WGI has in the past launched fierce attacks on Greenpeace, whom it has accused of “falsifying data”, as well as Rainforest Action and the World Wildlife Fund over their analysis of deforestation in Indonesia. Earlier this year WGI attacked the IPCC over “glaciergate“, when a mistake was found in the panel’s 2007 report about the date glaciers in the Himalayas would melt. Yesterday it accused WWF, the world’s largest conservation group, of “deceiving business”, saying that “working with WWF ultimately harms business and economic growth”.

Environmental groups have long been at war with US conservative think tanks, but this is one of the few times that leading scientists have become involved in the debate.

Alan Oxley, chairman and director of both groups, is a former Australian diplomat and corporate lobbyist for free trade agreements. He is a prominent climate skeptic who set up the now-defunct denial website Climatechangeissues.com and runs the Asia-Pacific pages of Tech Central Station—a conservative website funded by ExxonMobil.

Along with other directors of World Growth, he has worked with DCI Group, a leading Republican political lobbying firm that had close ties to the George W Bush administration. DCI specialised in setting up third-party industry groups which lobbied as independent NGOs.

Oxley and both groups were contacted by the Guardian but have so far failed to respond to the allegations by the scientists.