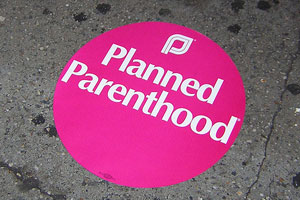 Remember the nasty fight over federal funding of abortion that nearly derailed the health care package? It’s not over.

The issue is sure to flare up again early in the next Congress in the form of a bill floated by Rep. Chris Smith (R-N.J.), the “No Taxpayer Funding for Abortion Act.” The proposal—which has the support of 185 cosponsors and incoming House Speaker John Boehner—has a stated aim of making the Hyde Amendment (a rule that has to be renewed every year that prohibits federal funding of abortions through Medicaid) into permanent, government-wide law. But abortion-rights advocates fear Smith’s bill could have even broader consequences. They view it as a Trojan horse for the elimination of private insurance coverage for abortion. If they’re right, tens of millions of Americans could see their health insurers stop covering abortions.

Susan Cohen, the director of governmental affairs for the pro-abortion-rights Guttmacher Foundation, argued in a policy brief this fall that “the Smith bill would go…into uncharted territory” by preventing employers from taking a tax deduction for offering an insurance plan that covered abortion. (Like most other benefits, health insurance costs are generally tax-deductible for employers.) Analysts at NARAL Pro-Choice America and Planned Parenthood, the leading abortion rights advocacy groups, agree. According to abortion-rights advocates, Smith’s bill would create a huge incentive for employers to only offer health insurance that doesn’t cover abortion. Insurers would respond to what their customers wanted, and the percentage of health plans offering abortion coverage—currently 86 percent—would undoubtedly plummet.

While experts agree that Smith’s bill would have some impact on tax policies, not everyone buys the abortion-rights groups’ analysis. Timothy Jost, an expert in health law at Washington and Lee University Law School, says he agrees with the abortion-rights groups that the tax provisions in the Smith bill would mean that self-employed people and people with health savings accounts (HSAs) wouldn’t be able to treat abortions as medical expenses. But he doesn’t agree that the bill would prevent employers from deducting the costs of insurance plans that include abortion coverage. Nevertheless, Jost believes that “going after the tax subsidies that affect abortion” would represent a “substantial victory for the pro-life movement in America.”

If pro-life forces are really pushing to eliminate private abortion insurance, they haven’t been up front about it. The National Right to Life Committee (NRLC) and the Susan B Anthony List (SBA List), two right-leaning groups that support the bill, focus their rhetoric on how it would affect federal funding, not tax exemptions. So does Democrats for Life. The SBA List’s petition promoting the bill says Congress needs to “stop abortion funding!” The group even registered the domain name StopAbortionFunding.com. But the site says nothing about private insurance—which pro-choicers say the bill will affect dramatically. And when I asked Marjorie Dannenfelser, who runs the SBA List, about the tax provisions, she said she didn’t know whether they would curtail private abortion insurance or not.

Despite the pro-life groups’ focus on direct federal funding in their promotion of the bill, there’s no question that it’s intended to have some effect on the tax code. The section in dispute is a “prohibition on tax benefits relating to abortion.” A lot is riding on how broad that prohibition is. The employer tax exemption for health insurance is the government’s largest tax expenditure. It affects nearly every American who gets health insurance through their employers. If the abortion rights advocates are right, the tax section of Smith’s bill would affect far more people (and more money) than any other portion of the law.

Perhaps the easiest way to answer questions about a bill’s intent and impact is to go to the men who wrote it. But that’s not as easy as it sounds. Rep. Dan Lipinski (D-Ill.) was an original co-sponsor of the bill with Smith. But Lipinski’s office said he wouldn’t be available to answer questions about it—and didn’t respond to followup queries. Smith’s office was even less responsive—multiple calls and emails over a period of several weeks produced no one who could comment on the bill. Are abortion rights supporters right that the bill would affect private, employer-provided health insurance? Or are they blowing things out of proportion to fire up their base? I can’t get an answer.

This is no throw-away political proposal. The triple-digit, bipartisan list of co-sponsors and the support of the future Speaker give it momentum. So why is such a basic issue about the impact of the bill still in dispute? Some abortion rights advocates have suggested that confusion over what the bill would or wouldn’t do could be the result of  poorly drafted language. Laurie Rubiner, the vice president for public policy and advocacy at Planned Parenthood, agrees with the idea that the bill would affect private insurance. But she also thinks the language is extremely unclear. “It’s very shoddily drafted language,” Rubiner says. “You could probably read it either way”—that is, she stands by her analysis, but she understands how other people could read the same provisions differently.

Cohen says it’s clear Smith at least intended for the bill to affect private insurance. “There’s no other explanation for why those measures are there,” she says. “Maybe the way they wrote it as a technical matter was flawed, but presumably when the bill is reintroduced those flaws will be corrected.” When Smith reintroduces the bill in the new Congress, the Republicans will have the power to put it on the agenda and force a vote. As the bill moves closer to a vote, Smith has “an obligation to explain what it would do as a matter of law,” Cohen says.

The bill also includes a version of the Stupak amendment, the anti-abortion provision pushed by outgoing Rep. Bart Stupak (D-Mich.) during the health care debate. Like Stupak, Smith’s bill would require people receiving subsidies for insurance under the new health care reform law to purchase separate “abortion insurance.” It would also limit the traditional rape and incest exceptions to “forcible” rape and incest “with a minor.”

While the bill’s tax and insurance implications are a subject of much debate, what’s clear is that it would include the codification of the Hyde amendment, which Mother Jones explained last week. Here’s the short version: while most people think of the Hyde Amendment as one bill, in practice it is a series of negotiated provisions in a series of different spending bills. It works a little bit differently in each of them. If Smith’s bill passes, Congress could avoid its annual battles over Hyde and its cousins, which have prohibited abortion spending in places like federal prisons, foreign aid, military bases overseas, and the District of Columbia. That would help opponents of abortion rights, who have won the Hyde battle every year since 1976 but sometimes have to compromise on the related provisions.

Ted Miller, a spokesman for NARAL Pro-Choice America, says he believes that once Smith reintroduces his bill in the new Congress, Republicans will be able to pass it out of the House of Representatives “without blinking an eye.” NARAL has “no doubt” that Republicans will do it, Miller says. “They’re making this a cornerstone.” Before they start building on top of that “cornerstone,” though, the bill’s supporters should probably explain how, exactly, it would affect the tax code.